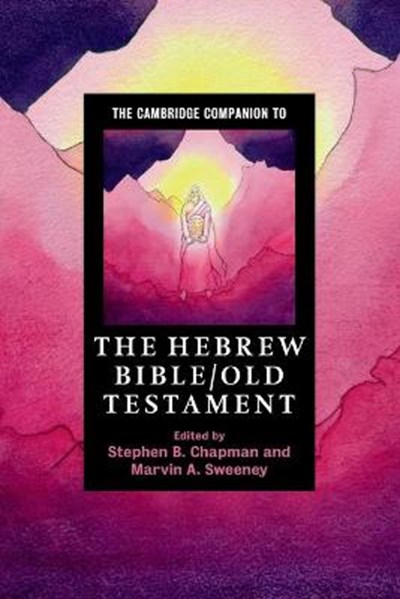 QTY
Add to Basket
Publisher: Cambridge University Press
ISBN: 9780521709651
Number of Pages: 540
Published: 11/07/2016
Width: 15.1 cm
Height: 22.8 cm
Description Author Information Reviews
This Companion offers a concise and engaging introduction to the Hebrew Bible or Old Testament. Providing an up-to-date 'snapshot' of scholarship, it includes essays, specially commissioned for this volume, by twenty-three leading scholars. The volume examines a range of topics, including the historical and religious contexts for the contents of the biblical canon, and critical approaches and methods, as well as newer topics such as the Hebrew Bible in Islam, Western art and literature, and contemporary politics. This Companion is an excellent resource for students at university and graduate level, as well as for laypeople and scholars in other fields who would like to gain an understanding of the current state of the academic discussion. The book does not presume prior knowledge, nor does it engage in highly technical discussions, but it does go into greater detail than a typical introductory textbook.

Stephen B. Chapman is Associate Professor of Old Testament in the Divinity School and Director of Graduate Studies for the Graduate Program in Religion at Duke University, North Carolina. He is also an affiliate faculty member in Duke's Center for Jewish Studies. He has published numerous essays and is author of The Law and the Prophets (2000) and 1 Samuel as Christian Scripture (forthcoming). He also coedited Biblischer Text und theologische Theoriebildung (2001). Marvin A. Sweeney is Professor of Hebrew Bible at the Claremont School of Theology, California and Professor of Tanak at the Academy for Jewish Religion California. He has written highly regarded works on the Hebrew Bible, such as Isaiah 1-39 (1996), The Twelve Prophets (2000), King Josiah of Judah (2001), Reading the Hebrew Bible after the Shoah (2008), Tanak: A Theological and Critical Introduction to the Jewish Bible (2012), Reading Ezekiel (2013), Reading Prophetic Books (2014), and Isaiah 40-66 (forthcoming). He coedited New Visions of Isaiah (1996), Reading and Hearing the Book of the Twelve Prophets (2000), The Changing Face of Form Criticism for the Twenty-First Century (2003), and other works.