Unity, Diversity and Otherness in a Fragmented World 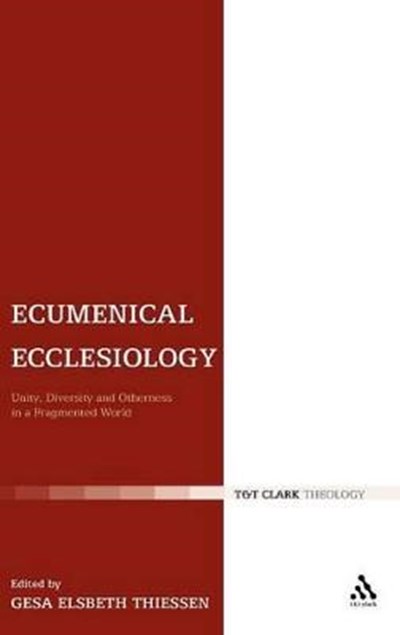 Unity, Diversity and Otherness in a Fragmented World

QTY
Add to Basket
Publisher: Bloomsbury Publishing PLC
ISBN: 9780567009135
Number of Pages: 272
Published: 15/09/2009
Width: 15.6 cm
Height: 23.4 cm
Description Author Information Reviews
This is a rich collection of fifteen articles by European, North American and Asian theologians who are concerned with the concept, life, unity and future of the church. It offers a wealth of broad perspectives on ecclesiology by scholars from Catholic, Protestant and Orthodox backgrounds. The first section, Perspectives on Ecumenical Ecclesiology, comprises reflections on postmodern ecclesiologies as well as on the development and problems concerning ecumenical methods and models of unity. The second section, Communion Ecclesiology and Otherness, provides some pertinent deliberations on how an ecclesiology of communion can integrate otherness. In particular, Zizioulas communion ecclesiology is critically examined, the possibility for a retrieval of Eucharistic theology between Catholics and Orthodox is put forward, and Tillards communion ecclesiology is appraised as offering resources for innerdenominational otherness. The final section, Ecclesiology in Global Contexts, considers critically the possibility of evangelical ecclesiology as an answer to ethnic impaired Christian community. The role of the (Catholic) Church and its values in Europe and vis-a-vis the European Constitution is examined. The Church of Nigerias Constitutional Revision (2005) and its ecclesial- ecumenical implications comes into focus, and three notable concepts of unity, as developed by three Indian scholars, S.K. George, John Sadiq and Karem David, are evaluated. Finally, the Japanese diaspora in the States is appraised as a place where a particular Japanese Christian vision could emerge through the internationalist ecclesiology developed by Japanese Christian missionaries.

'Ecumenical Ecclesiology" is a useful and insightful guide through the complex contemporary debate on how the church could be one without losing its many faces and particularities. It offers a rich variety of contributions from diverse denominational and cultural backgrounds committed to the re-evaluation of older models of ecumenism while sharing their desire for the church's celebration, witness and service in the world not to be disrupted by divisions.' - Ivana Noble, Protestant Theological Faculty, Charles University of Prague, Czech Republic--Sanford Lakoff