Son of Man in the Parables of Enoch and in Matthew 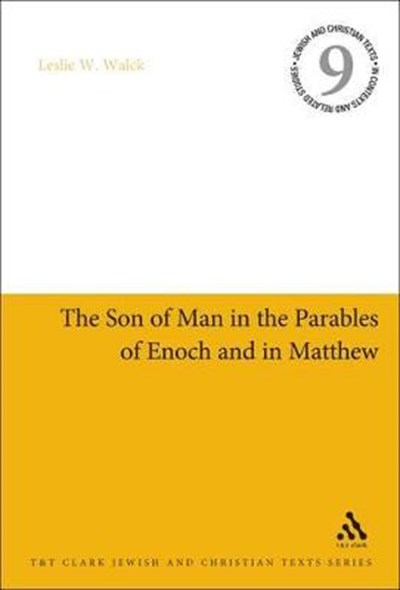 Son of Man in the Parables of Enoch and in Matthew

QTY
Add to Basket
Publisher: Bloomsbury Publishing PLC
ISBN: 9780567027290
Number of Pages: 282
Published: 16/06/2011
Width: 15.6 cm
Height: 23.4 cm
Description Author Information Reviews
This book examines all the relevant passages containing the Term "Son of Man" in both Matthew and the Parables of Enoch. Depictions of the Son of Man in the Gospel of Matthew and in the Parables of Enoch ( Par. En.) raise questions about their relationship. The meaning and origin of the term "Son of Man" are discussed, as well as the possible influence of Par. En. on Matthew. Literary, Redaction, Sociological and Narrative criticisms are employed. Introductory questions of date, provenance and social setting are addressed for both Matthew and Par. En. Dates as early as the early second century bce and as late as the late third century ce have been proposed for Par. En., but a consensus seems to be growing for the late first century bce. Therefore Matthew could have known Par. En. Sociological methodologies reveal that the author and audience of Par. En. may have been members of an ousted ruling elite, opposed to the current administration, and yearning for a just reversal of fortunes.Sets of characteristics of the Son of Man in Par. En. and Matthew are developed, and the term is examined briefly in the other Gospels. Then the two sets of characteristics are carefully compared. Similarities in vocabulary as well as in the pattern of relationships prove to be intriguing, showing that Matthew and Par. En., in contrast to other writings, share a unique conception of the judgment scene focussed on the Son of Man as eschatological judge. This suggests quite strongly the shaping of Matthew's concept in the direction of Par. En.

Leslie W. Walck received a PhD from the University of Notre Dame, IN in 1999. He also received an M.Div from Luther Seminary, St. Paul, MN, a M.A. from Oxford University in the United Kingdom, and a B.A. from Augsburg College in Minneapolis MN. Currently he is Pastor of Colfax Lutheran Church, Colfax, WI, and participated in the 2005 Enoch Seminar in Camaldoli, Italy.

"Nevertheless, I was impressed with the clarity of the exegetical section in handling commentary on the original languages. Walck's contributions lie in his discussion of the relation between the Son of Man material in the Parables and Matthew, which I find convincing, and in his application of narrative criticism and social stratification analysis to the Parables to expand the window of opportunity for its origin." - David W. Suter, "St. Martin's University, The Catholic Biblical Quarterly"