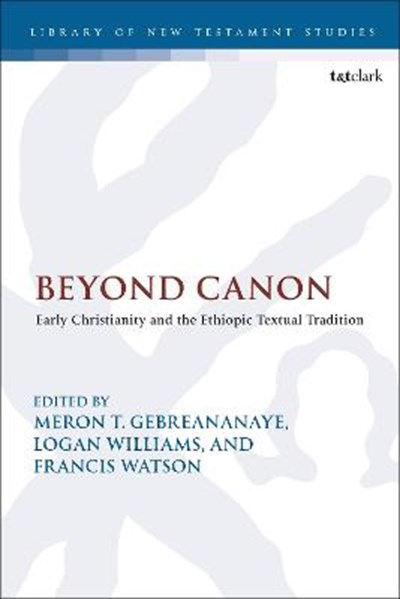 eBook FAQ
Add to Basket
Publisher: Bloomsbury Publishing PLC
ISBN: 9780567695857
Number of Pages: 192
Published: 24/12/2020
Width: 15.6 cm
Height: 23.4 cm
Description Author Information Reviews
This book highlights the significance of a group of five texts excluded from the standard Christian Bible and preserved only in Ge'ez, the classical language of Ethiopia. These texts are crucial for modern scholars due to their significance for a wide range of early readers, as extant fragments of other early translations confirm in most cases. Yet they are also noted for their eventual marginalization and abandonment, as a more restrictive understanding of the biblical canon prevailed - everywhere except in Ethiopia, with its distinctive Christian tradition in which the concept of a "closed canon" is alien. In focusing upon 1 Enoch, Jubilees, the Ascension of Isaiah, the Epistula Apostolorum, and the Apocalypse of Peter, the contributors to this volume group them together as representatives of a time in early Christian history when sacred texts were not limited by a sharply defined canonical boundary. In doing so, this book also highlights the unique and under-appreciated contribution of the Ethiopic Christian Tradition to the study of early Christianity.