Sin, the Human Predicament, and Salvation in the Gospel of John 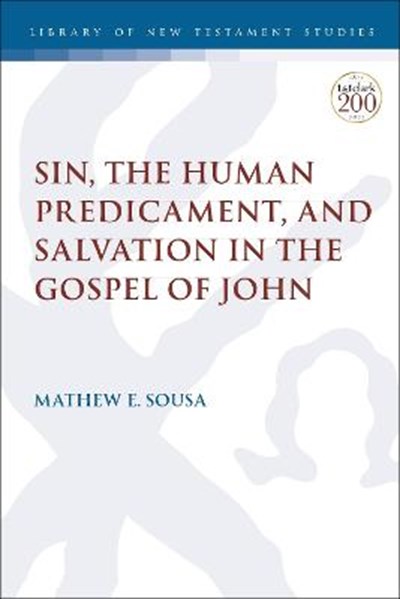 Sin, the Human Predicament, and Salvation in the Gospel of John

eBook FAQ
Add to Basket
Publisher: Bloomsbury Publishing PLC
ISBN: 9780567699190
Number of Pages: 144
Published: 09/09/2021
Width: 15.6 cm
Height: 23.4 cm
Description Author Information Reviews
Mathew E. Sousa demonstrates that in certain respects, John's doctrine of salvation fails to align with its customary depiction in Johannine scholarship. Sousa suggests that, according to John, the human predicament is not merely "unbelief" or a lack of mental perception, and Jesus's mission consists not merely of "revelation" and/or a purely forensic atonement. Rather, Jesus is (for John) the one who makes true and everlasting life an accomplished fact for humanity, and in doing so Jesus reveals the true nature of the predicament from which he saves. Sousa argues that salvation in the Gospel of John concerns "ethics" and the quality or condition of human corporeality. The matters of sin and death in particular also make clear that, according to John, the human predicament is a reality that in various ways persists for believers as they both are and become children of God. Sousa thus concludes that salvation for John consists of far more than the emergence of belief in a moment of decision.