Death, Grief, and the Community of Care 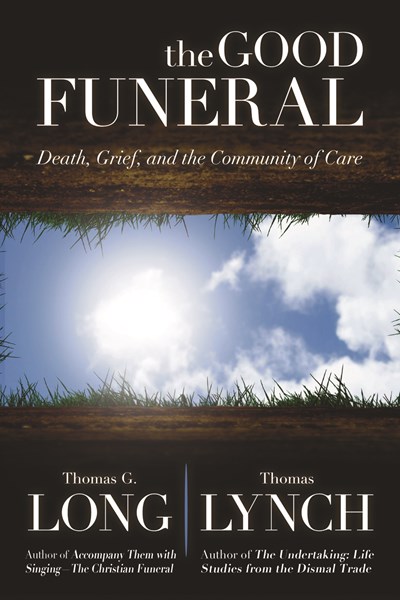 Death, Grief, and the Community of Care

Join now Find out more
Publisher: Westminster/John Knox Press,U.S.
ISBN: 9780664239763
Number of Pages: 280
Published: 25/08/2013
Width: 15.2 cm
Height: 22.9 cm
Description Author Information Reviews
Two of the most authoritative voices on the funeral industry come together here in one volume to discuss the current state of the funeral. Through their different lensesaEURO"one as a preacher and one as a funeral directoraEURO"Thomas G. Long and Thomas Lynch alternately discuss several challenges facing "the good funeral," including the commercial aspects that have led many to be suspicious of funeral directors, the sometimes tense relationship between pastors and funeral directors, the tendency of modern funerals to exclude the body from the service, and the rapid growth in cremation. The book features forewords from Patrick Lynch, President of the National Funeral Directors Association, and Barbara Brown Taylor, highly praised author and preacher. It is an essential resource for funeral directors, morticians, and pastors, and anyone else interested in current funeral practices.

Thomas G. Long is Bandy Professor Emeritus of Preaching at Candler School of Theology, Emory University, and is one of the most popular preachers in the United States today. He is the author of many books, including The Witness of Preaching, Preaching and the Literary Forms of the Bible, and The Good Funeral (cowritten with Thomas Lynch). Thomas Lynch is a funeral director and the author of several books of essays, poems, and short stories. His book, The Undertaking: Life Studies from the Dismal Trade won an American Book Award and was a finalist for the National Book Award. His work has been the subject of two documentary films including the Emmy Award-winning The Undertaking (PBS Frontline, 2007). Visit his website at www.thomaslynch.com.