Four Cultures of the West 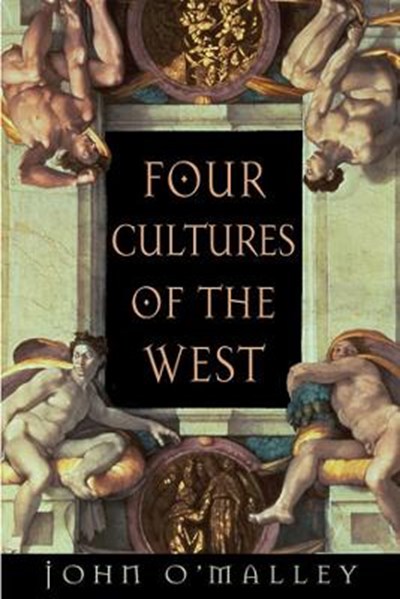 Four Cultures of the West

eBook FAQ
Add to Basket
Publisher: Harvard University Press
ISBN: 9780674021037
Number of Pages: 272
Published: 30/05/2006
Width: 13 cm
Height: 22.5 cm
Description Author Information Reviews
The workings of Western intelligence in our day--whether in politics or the arts, in the humanities or the church--are as troubling as they are mysterious, leading to the questions: Where are we going? What in the world were we thinking? By exploring the history of four "cultures" so deeply embedded in Western history that we rarely see their instrumental role in politics, religion, education, and the arts, this timely book provides a broad framework for addressing these questions in a fresh way. The cultures considered here originated in the ancient world, took on Christian forms, and manifest themselves today in more secular ways. These are, as John W. O'Malley identifies them: the prophetic culture that proclaims the need for radical change in the structures of society (represented by, for example, Jeremiah, Martin Luther, and Martin Luther King, Jr.); the academic culture that seeks instead to understand those structures (Aristotle, Aquinas, the modern university); the humanistic culture that addresses fundamental human issues and works for the common good of society (Cicero, Erasmus, and Eleanor Roosevelt); and the culture of art and performance that celebrates the mystery of the human condition (Phidias, Michelangelo, Balanchine). By showing how these cultures, as modes of activity and discourse in which Western intelligence has manifested itself through the centuries and continues to do so, O'Malley produces an essay that especially through the history of Christianity brilliantly illuminates the larger history of the West.

In this erudite work of cultural history, O'Malley extends 'an invitation to consider and notice' four distinctive paradigms or cultures that, taken together, handsomely help decode Western intellectual and cultural history. These four paradigms are the prophetic, the academic, the humanistic, and the culture of art and performance...O'Malley successfully showcases the affinities between historic cultures (e.g., the Greco-Roman) and persons (e.g., Aristotle, Aquinas, and Luther) and cultural realties in our own time (e.g., the contemplative rhetoric of Lincoln at Gettysburg prefiguring the rhetorical contemplation at Ground Zero). -- Sandra Collins Library Journal 20040801 O'Malley...offers a warm and conversational invitation to reflect on four cultural configurations that feed into contemporary consciousness...What does human culture have to do with the culture of spiritual transcendence? His book, primarily concerned with the manifestations of these various cultures in the history of Christianity, spurs the reader on to meditate on the different streams that jostle, but sometimes converge, in an 'ocean' we all navigate. Publishers Weekly 20040816 This sweeping survey of Western cultural history, by John W. O'Malley, S.J., ought to be required reading for--among others--literary and philosophical [unbelievers]: postmodernists, New Agers, Generation-Xers and college students everywhere. It's a clear cogent survey of the cultural roots we all have, willy-nilly, consciously or otherwise...In all this Father O'Malley makes an illuminating guide. His relaxed, agreeable prose (a blend of cultures two and three) should attract a wide spectrum of readers. -- Peter Heinegg America 20041220 O'Malley has given us a readable book with very wide learning in four cultures...This book will be of interest to and accessible to anyone interested in the cultural life of the West. At a time when the Christian origins of our culture, which in reality are so fundamental, are ignored, it offers a very valuable reminder and corrective. -- Richard Harries Times Higher Education Supplement 20050819 Four Cultures of the West would make an excellent text for an interdisciplinary seminar on Western civilization, but the non-academic reader can enjoy and profit from it as well. -- Darrell Turner National Catholic Reporter 20050408 This wise and elegant little survey of western Christian culture began life as the first Blessed Pope John XXIII lecture series at the University of Notre Dame, and it is a fine example of rhetoric in the best sense: an explicit exercise in epideictic, sorting out praise and blame. -- Diarmaid MacCulloch Ecclesiastical History O'Malley's book is helpful in gaining a better understanding of the intellectual underpinnings of what we call the "student-centered" approach. This is one reason why the book will be of interest to educators. Lucid, yet at the same time rich in history, it will be attractive to students and teachers of world cultures in many different disciplines. -- Dr. Dovile Budryte Bridges