Christianity in the Twentieth Century 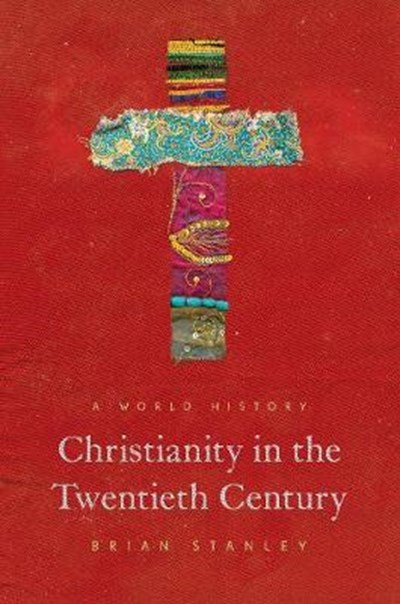 Christianity in the Twentieth Century

QTY
Add to Basket
Publisher: Princeton University Press
ISBN: 9780691157108
Number of Pages: 504
Published: 26/06/2018
Width: 15.5 cm
Height: 23.5 cm
Description Author Information Reviews
A history of unparalleled scope that charts the global transformation of Christianity during an age of profound political and cultural change Christianity in the Twentieth Century charts the transformation of one of the world's great religions during an age marked by world wars, genocide, nationalism, decolonization, and powerful ideological currents, many of them hostile to Christianity. Written by a leading scholar of world Christianity, the book traces how Christianity evolved from a religion defined by the culture and politics of Europe to the expanding polycentric and multicultural faith it is today--one whose growing popular support is strongest in sub-Saharan Africa, Latin America, China, and other parts of Asia. Brian Stanley sheds critical light on themes of central importance for understanding the global contours of modern Christianity, illustrating each one with contrasting case studies, usually taken from different parts of the world. Unlike other books on world Christianity, this one is not a regional survey or chronological narrative, nor does it focus on theology or ecclesiastical institutions. Rather, Stanley provides a history of Christianity as a popular faith experienced and lived by its adherents, telling a compelling and multifaceted story of Christendom's fortunes in Europe, North America, and across the rest of the globe. Transnational in scope and drawing on the latest scholarship, Christianity in the Twentieth Century demonstrates how Christianity has had less to fear from the onslaughts of secularism than from the readiness of Christians themselves to accommodate their faith to ideologies that privilege racial identity or radical individualism.

Brian Stanley is professor of world Christianity at the University of Edinburgh. His books include The Global Diffusion of Evangelicalism: The Age of Billy Graham and John Stott and The World Missionary Conference, Edinburgh 1910.