Understanding the Man and His Message 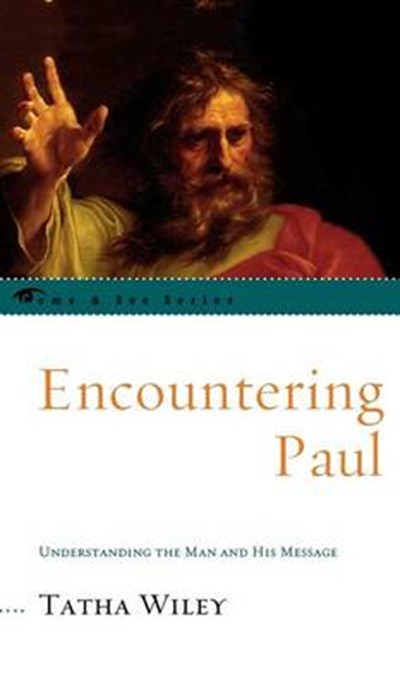 Understanding the Man and His Message

QTY
Add to Basket
Publisher: Rowman & Littlefield
ISBN: 9780742558083
Number of Pages: 214
Published: 16/01/2010
Width: 13.7 cm
Height: 18.8 cm
Description Author Information Reviews
Fascinating, controversial, yet enigmatic-the figure of the apostle Paul looms large in Christian history. But which Paul is the true one? Is it the Paul who proclaims our freedom in Christ or the Paul who demands that slaves obey their masters? The Paul who works closely with women evangelists, or the Paul who instructs women to submit to the rule of their husbands? Is it the deeply Jewish Paul or the Paul who rejects the Law? Drawing on the literary and historical insights that have revolutionized contemporary Paul scholarship, Tatha Wiley skillfully separates these different voices of Paul and their liberating and oppressive legacies. In her well-crafted work, Wiley not only illumines the authentic, historical Paul but also accounts for his influence in the history of slavery, male domination, and religious exclusivism. Encountering Paul is a welcome addition to the Come and See series.

Tatha Wiley is professor of theology at the University of St. Thomas, the University of St. Catherine, and Metropolitan State University. She is the author of several books in theology and New Testament studies, including Paul and the Gentile Women and Original Sin: Origins, Developments, Contemporary Meanings which received First Place in Theology from the Catholic Press Association in 2003, and Creationism and the Conflict over Evolution.

Carefully distinguishing between the undisputed Pauline letters and the letters attributed to Paul but written by later disciples, Wiley makes a convincing case that much of what has passed for Pauline teaching, based for the most part on the later letters, is actually in opposition to the teachings of Paul... The frequent summarizing of positions of other scholars as well as the inclusion of questions for reflection and discussion at the end of each chapter make this a good choice for independent study... This is an excellent choice for anyone seeking a popular introduction to recent scholarship on Paul. Library Journal Seeks to help readers discover the Paul who was deeply committed to the God of Israel and embarked on a passionate journey of faith. New Testament Abstracts This is a fresh new reading of Paul that helps bridge the gap between this creative theologian of the first century and the pressing theological questions of our day. Wiley not only makes Paul accessible, but illuminates what the best biblical scholars today are saying about him. -- Carolyn Osiek, Charles Fischer Professor of New Testament, Brite Divinity School This basic introductory text is most appropriate for undergraduates in faith-based institutions or interested in lay readers. Religious Studies Review