Catholic University as Promise and Project

Reflections in a Jesuit Idiom 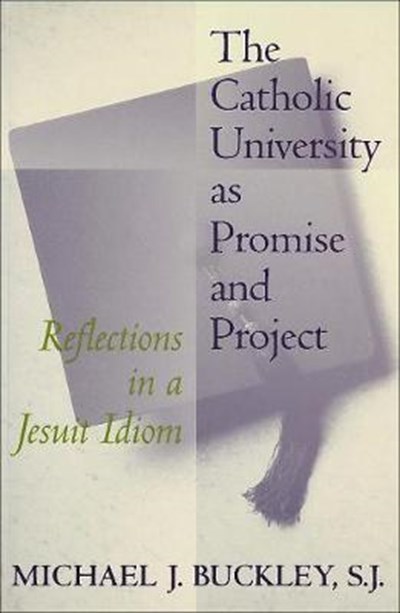 Catholic University as Promise and Project

Reflections in a Jesuit Idiom

Publisher: Georgetown University Press
ISBN: 9780878407101
Number of Pages: 272
Published: 11/03/1999
Width: 15.2 cm
Height: 22.9 cm
Description Author Information Reviews
The remarkable development of the Catholic university in the United States has raised issues about its continued identity, its promise, and its academic constituents. Michael J. Buckley, SJ, explores these questions, especially as they have been experienced in Jesuit history and contemporary commitments. The fundamental proposition that grounds the Catholic university, Buckley argues, is that the academic and the religious are intrinsically related. Academic inquiry encourages a process of questioning that leads naturally to issues of ultimate significance, while the experience of faith is towards the understanding of itself and of its relationship to every other dimension of human life. This mutual involvement requires a union between faith and culture that defines the purposes of Catholic higher education. In their earliest and normative documents, Jesuit universities have been encouraged to achieve this integration through the central role given to theology. Buckley explores two commitments that implicate contemporary Catholic universities in controversy: an insistence upon open, free discussion and academic pluralism - to the objections of some in the Church; and, an education in the promotion of justice - to the objections of some in the academy. Finally, to strengthen philosophical and theological studies, Buckley suggests both a "philosophical grammar" that would discover and study the assumptions and methods involved in the various forms of disciplined human inquiry and a set of "theological arts" founded upon the more general liberal arts. Entering into the contemporary discussion about the Catholic university, this book offers inspiring and thought-provoking ideas for those engaged in Catholic higher education.

Michael J. Buckley, SJ, is Canisius Professor of Systematic Theology and director of the Jesuit Institute at Boston College. He is author of Papal Primacy and the Episcopate: Towards A Relational Understanding (Herder Crossroads, 1998) and At the Origins of Modern Atheism (Yale University Press, 1990). He has served as a trustee for a number of Jesuit universities, as a representative at three General Congregations of the Society of Jesus, and on numerous academic and ecclesial committees.

"Clear, provocative, and useful." -- Journal of Church and State "His inspired indictment, in the spirit of Rabelais and Erasmus, of modern universities that forgo this moral calling is as powerful as this reviewer has seen." -- First Things