Theology of the Book of Kings 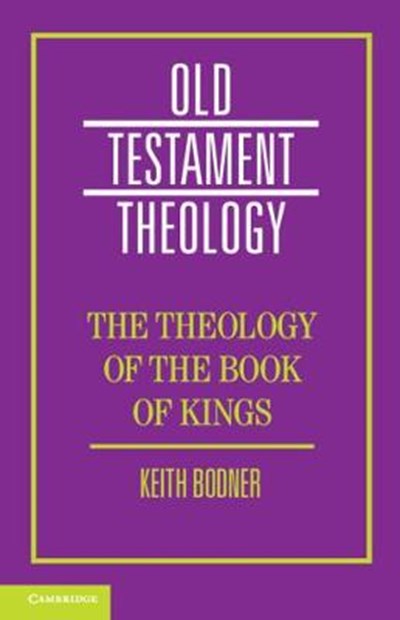 Theology of the Book of Kings

eBook FAQ
Add to Basket
Publisher: Cambridge University Press
ISBN: 9781107124028
Number of Pages: 278
Published: 24/01/2019
Width: 14.5 cm
Height: 22.3 cm
Description Author Information Reviews
1 and 2 Kings unfolds an epic narrative that concludes the long story of Israel's experience with institutional monarchy, a sequence of events that begins with the accession of Solomon and the establishment of the Jerusalem temple, moves through the partition into north and south, and leads inexorably toward the nation's destruction and the passage to exile in Babylon. Keith Bodner's The Theology of the Book of Kings provides a reading of the narrative attentive to its literary sophistication and theological subtleties, as the cast of characters - from the royal courts to the rural fields - are variously challenged to resist the tempting pathway of political and spiritual accommodations and instead maintain allegiance to their covenant with God. In dialogue with a range of contemporary interpreters, this study is a preliminary exploration of some theological questions that arise from the Kings narrative, while inviting contemporary communities of faith into deeper engagement with this enduring account of divine reliability amidst human scheming and rapaciousness.

Keith Bodner is Stuart E. Murray Professor of Christian Studies at Crandall University in New Brunswick, Canada. A member of the editorial board of the Journal for the Study of the Old Testament, his recent books include Jeroboam's Royal Drama (2012), The Rebellion of Absalom (2013), After the Invasion: A Reading of Jeremiah 40-44 (2015), and An Ark on the Nile: The Beginning of the Book of Exodus (2016).