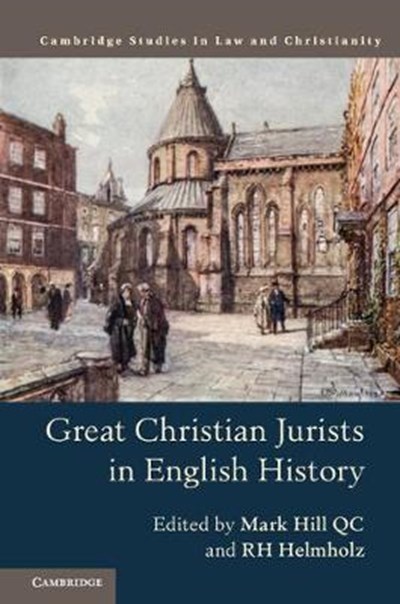 eBook FAQ
Add to Basket
Publisher: Cambridge University Press
ISBN: 9781107190559
Number of Pages: 372
Published: 09/06/2017
Width: 15.5 cm
Height: 23.4 cm
Description Author Information Reviews
The Great Christian Jurists series comprises a library of national volumes of detailed biographies of leading jurists, judges and practitioners, assessing the impact of their Christian faith on the professional output of the individuals studied. Little has previously been written about the faith of the great judges who framed and developed the English common law over centuries, but this unique volume explores how their beliefs were reflected in their judicial functions. This comparative study, embracing ten centuries of English law, draws some remarkable conclusions as to how Christianity shaped the views of lawyers and judges. Adopting a long historical perspective, this volume also explores the lives of judges whose practice in or conception of law helped to shape the Church, its law or the articulation of its doctrine.

Mark Hill, QC is Associate or Visiting Professor at the Centre for Law and Religion, Cardiff University; the University of Pretoria; King's College London; and Notre Dame University, Sydney. His most recent book is The Confluence of Law and Religion (Cambridge, 2016). He is Consultant Editor of the Ecclesiastical Law Journal, a Recorder of the Crown Court, Deputy Judge of the Upper Tribunal and Chancellor of the Dioceses of Chichester, Leeds and Europe. R. H. Helmholz is Ruth Wyatt Rosenson Distinguished Service Professor of Law at the University of Chicago. His most recent book is Natural Law in Court (2015), in which he traces the role played by the law of nature in legal practice of the courts of Europe, England and the United States from 1500 to the mid-nineteenth century.