A Theology of Eating 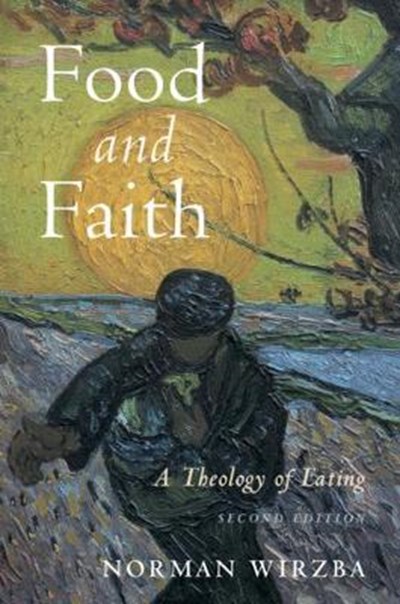 A Theology of Eating

eBook FAQ
Add to Basket
Publisher: Cambridge University Press
ISBN: 9781108470414
Number of Pages: 338
Published: 29/11/2018
Width: 15.5 cm
Height: 23.5 cm
Description Author Information Reviews
This book provides a comprehensive theological framework for assessing the significance of eating. Drawing on diverse theological, philosophical, and anthropological insights, it offers fresh ways to evaluate food production and consumption practices as they are being worked out in today's industrial food economy. Unlike books that focus primarily on vegetarianism and hunger-related concerns, this book broadens the scope of consideration to include the sacramental character of eating, the deep significance of hospitality, the meaning of death and sacrifice, the Eucharist as the place of inspiration and orientation, the importance of saying grace, and the possibility of eating in heaven. Throughout, eating is presented as a way of enacting fidelity between persons, between people and fellow creatures, and between people and Earth. Food and Faith demonstrates that eating is of profound economic, moral, and spiritual significance. Revised throughout, this edition includes a new introduction and two chapters, as well as updated bibliography. The additions add significantly to the core idea of creaturely membership and hospitality through discussion of the microbiome revolution in science, and the daunting challenge of the Anthropocene.

Norman Wirzba is Professor of Theology and Ecology at Duke Divinity School, and Senior Fellow at Duke's Kenan Institute for Ethics. His first edition of Food and Faith was named 'Book of the Year'" by the Englewood Review of Books, and earned Honorable Mention in the 2011 PROSE Award. Wirzba's other books include From Nature to Creation (2015), Way of Love (2016), Making Peace with the Land (2012), Living the Sabbath (2006), and The Paradise of God (2007), and he is the editor for a series on the New Agrarianism.