Migration, Trauma, and Empire in the Sixth Century BCE 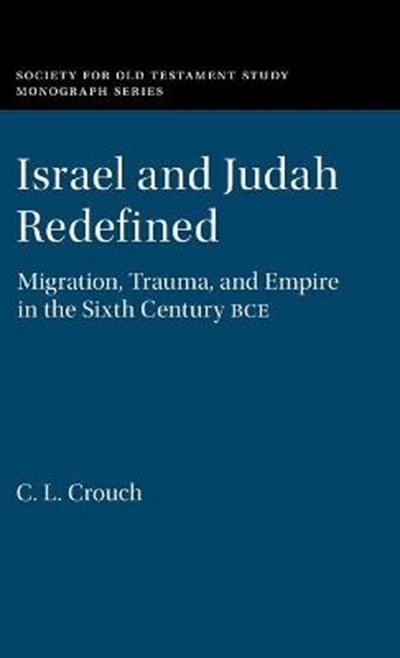 Migration, Trauma, and Empire in the Sixth Century BCE

eBook FAQ
Add to Basket
Publisher: Cambridge University Press
ISBN: 9781108473767
Number of Pages: 350
Published: 12/08/2021
Width: 14 cm
Height: 21.6 cm
Description Author Information Reviews
In Israel and Judah Redefined, C. L. Crouch uses trauma studies, postcolonial theory, and social-scientific research on migration to analyse the impact of mass displacements and imperial power on Israelite and Judahite identity in the sixth century BCE. Crouch argues that the trauma of deportation affected Israelite identity differently depending on resettlement context. Deportees resettled in rural Babylonia took an isolationist approach to Israelite identity, whereas deportees resettled in urban contexts took a more integrationist approach. Crouch also emphasises the impact of mass displacement on identity concerns in the homeland, demonstrating that displacement and the experience of Babylonian imperial rule together facilitated major developments in Judahite identity. The diverse experiences of this period produced bitter conflict between Israelites and Judahites, as well as diverse attempts to resolve this conflict. Inspired by studies of forced migration and by postcolonial analyses of imperial domination, Crouch's book highlights the crucial contribution of this era to the story of Israel and Judah.

C. L. Crouch is the David Allan Hubbard Professor of Old Testament at Fuller Theological Seminary and Research Associate in the Department of Old Testament and Hebrew Scriptures, University of Pretoria. She is the author of War and Ethics in the Ancient Near East (2009), Israel and the Assyrians (2014), The Making of Israel (2014), An Introduction to the Study of Jeremiah (2017) and, with J. M. Hutton, Translating Empire (2019).