Warfare Between Science and Religion

The idea that wouldn't die 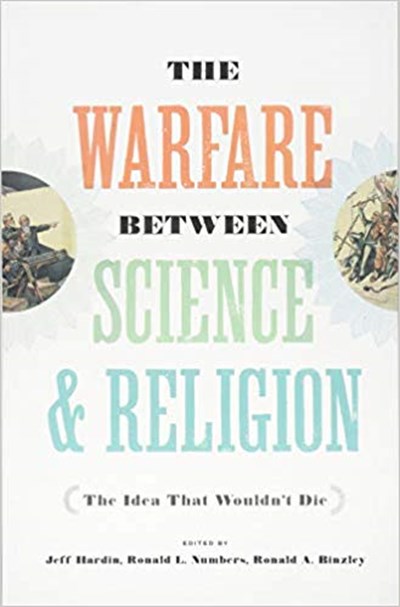 Warfare Between Science and Religion

The idea that wouldn't die

QTY
Add to Basket
Publisher: John Hopkins
ISBN: 9781421426181
Description Author Information Reviews
The "conflict thesis"?the idea that an inevitable and irreconcilable conflict exists between science and religion?has long been part of the popular imagination. In The Warfare between Science and Religion, Jeff Hardin, Ronald L. Numbers, and Ronald A. Binzley have assembled a group of distinguished historians who explore the origin of the thesis, its reception, the responses it drew from various faith traditions, and its continued prominence in public discourse. Several essays in the book examine the personal circumstances and theological idiosyncrasies of important intellectuals, including John William Draper and Andrew Dickson White, who through their polemical writings championed the conflict thesis relentlessly. Other essays consider what the thesis meant to different religious communities, including evangelicals, liberal Protestants, Roman Catholics, Eastern Orthodox Christians, Jews, and Muslims. Finally, essays both historical and sociological explore the place of the conflict thesis in popular culture and intellectual discourse today. Based on original research and written in an accessible style, the essays in The Warfare between Science and Religion take an interdisciplinary approach to question the historical relationship between science and religion. This volume, which brings much-needed perspective to an often bitter controversy, will appeal to scholars and students of the histories of science and religion, sociology, and philosophy.