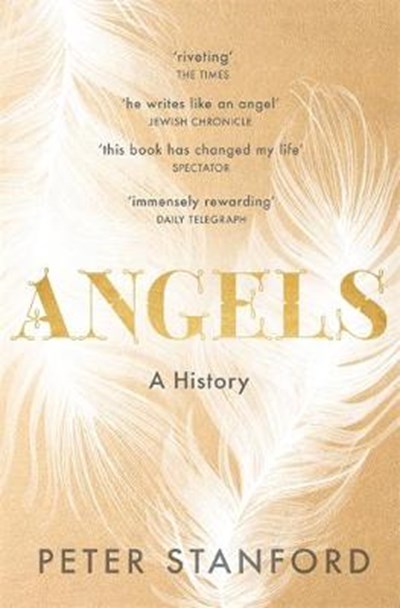 eBook FAQ
Add to Basket
Publisher: Hodder & Stoughton
ISBN: 9781473622098
Number of Pages: 352
Published: 03/12/2020
Width: 12.8 cm
Height: 19.6 cm
Description Author Information Reviews
'An intriguing exploration of the many roles that angels have played in spiritual life.' - The Sunday Times: Nick Rennison 'In a 2016 poll, one in 10 Britons claimed to have experienced the presence of an angel, while one in three remain convinced that they have a guardian angel. These are huge numbers and mean that, on some counts, angels are doing better than God.' In the secular, sceptical, post-Christian world of the West, continuing faith in angels is both anomaly and comfort. But what exactly are angels, and why have so many in different times and contexts around the globe believed in them? What is their history and role in the great faiths and beyond their walls? Are angels something real, a manifestation of divine concern? Or part of the poetry of religion? And can they continue to illuminate a deeper truth about human existence and the cosmos? These are not new questions. They have been asked over millennia, right up to the present day, as writer, journalist and broadcaster Peter Stanford explores in Angels, his latest investigation into the history, theology and cultural significance of religious ideas. 'There is no better navigator through the space in which art, culture and spirituality meet than Peter Stanford' Cole Moreton, Independent on Sunday

Peter Stanford's previous investigations into the history, theology, enduring appeal and cultural significance of religious ideas include: What we Talk about when we Talk about Faith; Martin Luther: Catholic Dissident; Judas: The Troubling History of the Renegade Apostle; The Devil - A Biography; Heaven - A Traveller's Guide to the Undiscovered Country; and The She-Pope, an investigation of the Pope Joan legend. His other books include biographies of Bronwen Astor, Lord Longford and the Poet Laureate, C Day-Lewis, plus the polemical Catholics and Sex that became an award-winning Channel 4 series in 1992. He is a senior features writer at the Daily and Sunday Telegraph titles, and contributes to the Independent, the Observer, the Daily Mail and the Catholic weekly, the Tablet, where he is a columnist. He has presented programmes on BBC 1, Channel 4 and Channel 5, as well as BBC Radios 2 and 4 and the BBC World Service.