Cooking on a Bootstrap 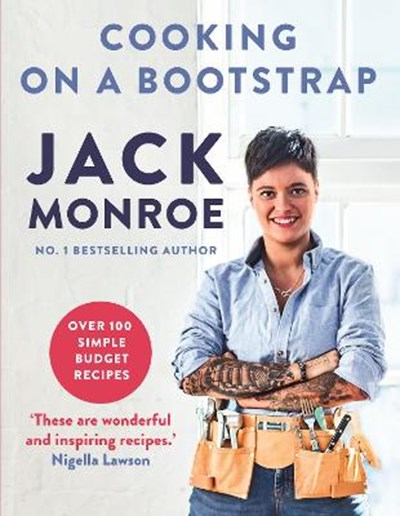 Cooking on a Bootstrap

QTY
Add to Basket
Publisher: Pan Macmillan
ISBN: 9781509831111
Number of Pages: 256
Published: 23/08/2018
Width: 18.9 cm
Height: 24.5 cm
Description Author Information Reviews
Award-winning cookery writer and anti-poverty campaigner Jack Monroe is back with Cooking on a Bootstrap: a creative and accessible cookbook packed with affordable, delicious recipes, most of which are vegetarian. Winner of the Observer Food Monthly Best Food Personality Readers' Award 2018. Jack Monroe is a campaigner, food writer and activist, her first cookbook A Girl Called Jack, was a runaway bestseller. The sequel Cooking on a Bootstrap makes budget food fun and delicious, with 118 incredible recipes including Fluffy Berry Pancakes, Self-Love Stew, Marmite Mac 'n' Cheese and Hot Sardines with Herby Sauce. Chapters include Bread, Breakfasts, A Bag of Pasta and a Packet of Rice, Spuds and Eat More Veg. There are vegan, sweet and what Jack calls 'contraband' dishes here, as well as nifty money-saving tips. With her trademark humour and wit, Jack shows us that affordable, authentic and creative recipes aren't just for those with fancy gadgets or premium ingredients. Initially launching this book as a very limited black and white edition on Kickstarter, Jack reached the funding target in just one day. This beautiful edition contains illustrations and original full-colour photographs to really make your mouth water.

Jack Monroe was awarded the 2013 Fortnum and Mason Judges' Choice Award and Winner of the OFM Best Food Personality Readers' Award 2018. She is a well-known campaigner against hunger and poverty in the UK, cookery writer and winner of a Women of the Year award in 2014. She is author of the cookbooks A Girl Called Jack, Cooking on a Bootstrap and A Year in 120 Recipes.