The Making of a Genius 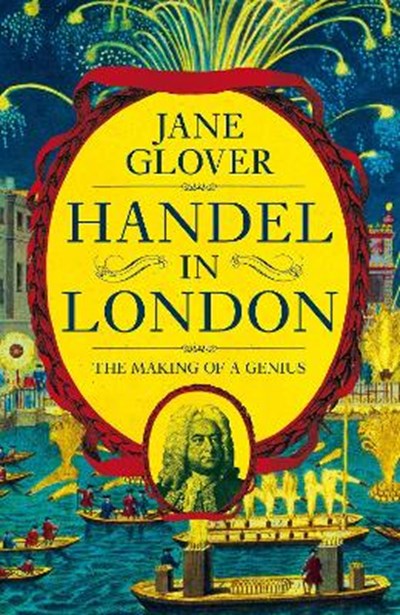 The Making of a Genius

QTY
Add to Basket
Publisher: Pan Macmillan
ISBN: 9781509882069
Number of Pages: 448
Published: 20/09/2018
Width: 16.2 cm
Height: 24.2 cm
Description Author Information Reviews
'How refreshing, to read a book about music written for a music lover and not a musicologist. In clear, lucid, entertaining prose, Jane Glover makes those of us who lack musical literacy better understand and appreciate Handel's divinity.' - Donna Leon, author of Handel's Bestiary and the Inspector Brunetti mysteries Handel in London tells the story of a young German composer who in 1712, followed his princely master to London and would remain there for the rest of his life. That master would become King George II and the composer was George Frideric Handel. Handel, then still only twenty-seven and largely self-taught, would be at the heart of musical activity in London for the next four decades, composing masterpiece after masterpiece, whether the glorious coronation anthem, Zadok the Priest, operas such as Giulio Cesare, Rinaldo and Alcina or the great oratorios, culminating, of course, in Messiah. Here, Jane Glover, who has conducted Handel's work in opera houses and concert halls throughout the world, draws on her profound understanding of music and musicians to tell Handel's story. It is a story of music-making and musicianship, of practices and practicalities, but also of courts and cabals, of theatrical rivalries and of eighteenth-century society. It is also, of course, the story of some of the most remarkable music ever written, music that has been played and sung, and loved, in this country - and throughout the world - for three hundred years.

In Jane Glover's long and hugely successful career as a conductor, she has been Music Director of the Glyndebourne Touring Opera, Artistic Director of The London Mozart Players, and, since 2002, is Music Director of Chicago's Music of the Baroque. She has conducted all the major symphony and chamber orchestras in Britain, as well as many in the United States of America and across the world. She appears regularly at the BBC Proms and is a regular broadcaster, with highlights including a television series on Mozart. She is also the author of Mozart's Women. She lives in London.