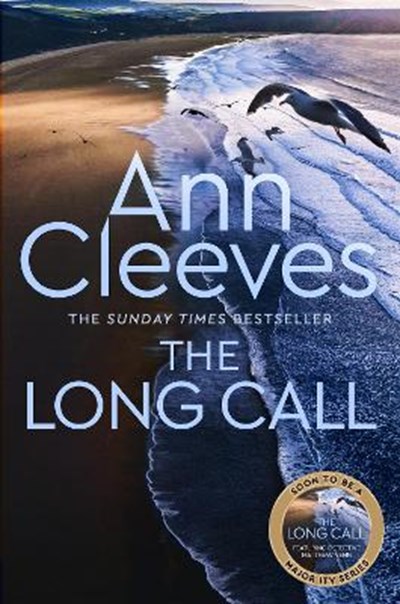 QTY
Add to Basket
Publisher: Pan Macmillan
ISBN: 9781509889600
Number of Pages: 400
Published: 20/02/2020
Width: 13 cm
Height: 19.7 cm
Description Author Information Reviews
Now a major ITV series, The Long Call, adapted for television by screenwriter Kelly Jones and starring Ben Aldridge. The Long Call is the No.1 bestselling first novel in the Two Rivers series from Sunday Times bestseller and creator of Vera and Shetland, Ann Cleeves. In North Devon, where the rivers Taw and Torridge converge and run into the sea, Detective Matthew Venn stands outside the church as his father's funeral takes place. The day Matthew turned his back on the strict evangelical community in which he grew up, he lost his family too. Now he's back, not just to mourn his father at a distance, but to take charge of his first major case in the Two Rivers region; a complex place not quite as idyllic as tourists suppose. A body has been found on the beach near to Matthew's new home: a man with the tattoo of an albatross on his neck, stabbed to death. Finding the killer is Venn's only focus, and his team's investigation will take him straight back into the community he left behind, and the deadly secrets that lurk there.

Ann Cleeves is the author of over thirty critically acclaimed novels, and in 2017 was awarded the highest accolade in crime writing, the CWA Diamond Dagger. She is the creator of popular detectives Vera Stanhope and Jimmy Perez who can now be found on television in ITV's Vera and BBC One's Shetland. The TV series and the books they are based on have become international sensations, capturing the minds of millions worldwide. Ann worked as a probation officer, bird observatory cook, and auxiliary coastguard before she started writing. She is a member of 'Murder Squad', working with other British northern writers to promote crime fiction. Ann is also a passionate champion for libraries and was a National Libraries Day Ambassador in 2016. Ann lives in North Tyneside near where the Vera books are set.