This Book Will (Help You) Change the World 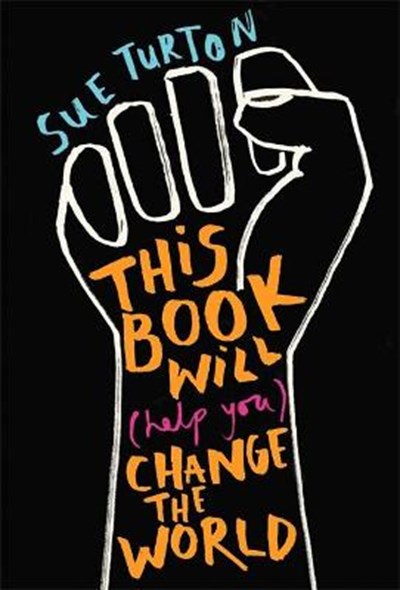 This Book Will (Help You) Change the World

QTY
Add to Basket
Publisher: Hachette Children's Group
ISBN: 9781526360908
Number of Pages: 304
Published: 21/09/2017
Width: 14 cm
Height: 21 cm
Description Author Information Reviews
Protest injustice. Campaign for change. Stand up for your future. Political turmoil, shocks and upsets have rocked the world in the past few years, and it has never been more important to find your voice and stand up for what you believe in. From award-winning journalist Sue Turton, with hilarious illustrations from activist illustrator Alice Skinner, this is a powerhouse guide to politics and activism for teens everywhere. Featuring contributions from C4 anchor Jon Snow, Avaaz.com founder Jeremy Heimans, leader of Hong Kong's Umbrella Revolution Joshua Wong and more, Turton discusses the political system that rules our daily lives and exposes its flaws. She also gives readers all the inspiration and empowerment they need to get out there, challenge the status quo and change the world themselves. Be it disrupting the system from within by joining political parties or inspiring change through protest, Turton shows young activists how their actions and words really can make a difference. With a toolkit demonstrating how to avoid fake news, triumph in debates and grab the spotlight for your campaign, this is the ultimate teen guide to changing the world.

Sue Turton (Author) Sue Turton has been a TV reporter for 27 years, breaking exclusives, dodging gunfire and, since 2010, running from the Egyptian authorities. Sue joined Al Jazeera in 2010 as a war correspondent covering conflicts in Afghanistan, Libya, Syria, Iraq and Egypt. In Egypt, she was convicted in absentia of terrorism and led a successful campaign to free her colleagues. Before her time at Al Jazeera, Sue worked for Sky and GMTV before spending 12 years at Channel 4, reporting breaking news, leading investigations and anchoring alongside Jon Snow. Alice Skinner (Illustrator) Alice Skinner is an activist-illustrator and visual artist based in London. She is a member of the Con Artist Collective and is currently on an artist's residency at their space in New York City.