The Twilight of Christianity in the Middle East 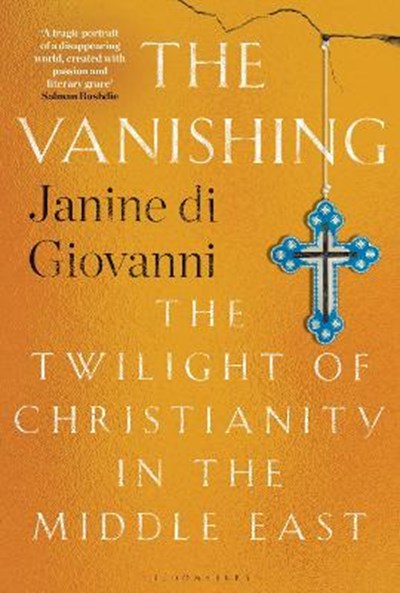 The Twilight of Christianity in the Middle East

QTY
Add to Basket
Publisher: Bloomsbury Publishing PLC
ISBN: 9781526625830
Number of Pages: 272
Published: 09/12/2021
Width: 15.3 cm
Height: 23.4 cm
Description Author Information Reviews
'A tragic portrait of a disappearing world, created with passion and literary grace' SALMAN RUSHDIE 'Janine di Giovanni is a humane and persistent witness' HISHAM MATAR 'Profoundly moving' MARK TULLY _______________________ The Vanishing reveals the plight and possible extinction of Christian communities across Syria, Egypt, Iraq, Lebanon and Palestine after 2,000 years in their historical homeland. Some of the countries that first nurtured and characterized Christianity - along the North African Coast, on the Euphrates and across the Middle East and Arabia - are the ones in which it is likely to first go extinct. Christians are already vanishing. We are past the tipping point, now tilted toward the end of Christianity in its historical homeland. Christians have fled the lands where their prophets wandered, where Jesus Christ preached, where the great Doctors and hierarchs of the early church established the doctrinal norms that would last millennia. From Syria to Egypt, the cities of northern Iraq to the Gaza Strip, ancient communities, the birthplaces of prophets and saints, are losing any living connection to the religion that once was such a characteristic feature of their social and cultural lives. In The Vanishing, Janine di Giovanni has combined astonishing journalistic work to discover the last traces of small, hardy communities where ancient rituals are quietly preserved amid 360 degree threats. Full of faith and hope, di Giovanni's riveting personal stories make a unique act of pre-archeology: the last chance to visit the living religion before all that will be left are the stones of the past.

Janine di Giovanni is a journalist and author, and Senior Fellow and Lecturer at Yale University's Jackson Institute for Global Affairs. She has won more than a dozen prizes, including a Guggenheim Fellowship and the Blake Dodd Prize; her other awards include the National Magazine Award, two Amnesty International Prizes and the prestigious Courage in Journalism Prize. She is the author of nine books; her most recent, The Morning They Came for Us, was translated into 30 languages and was a finalist for the New York Public Library Award. di Giovanni was awarded the Foreign Correspondent Association Professional Excellence Award in 2021. She lives in Manhattan with her son. janinedigiovanni.com