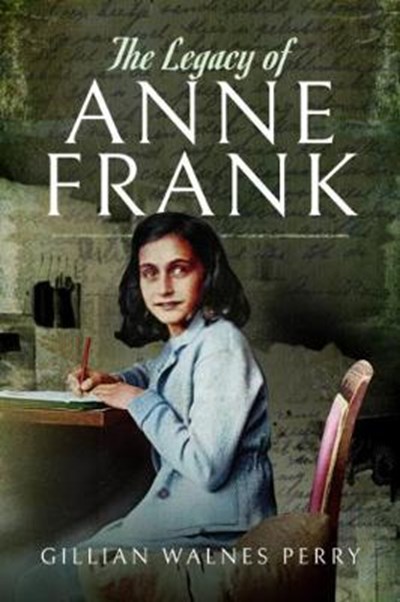 QTY
Add to Basket
Publisher: Pen & Sword Books Ltd
ISBN: 9781526731043
Number of Pages: 248
Published: 03/08/2018
Width: 15.6 cm
Height: 23.4 cm
Description Author Information Reviews
From her secret hiding place in wartime Amsterdam, the Jewish teenager Anne Frank wrote heart-wrenchingly about the terrors of a captivity that would ultimately end with her death at the hands of the Nazis. In her world-famous diaries, she described with remarkable honesty her transition from childhood to a deep thinking, opinionated and passionate teenager. The life she longed to live, during which she would help to create a more caring world, was tragically not to be. In August 1944, she and her family were captured and deported to Auschwitz. Two years after her death from starvation and disease in Bergen-Belsen concentration camp, her diary was published. It quickly became an international sensation, going on to influence hearts and minds for over seventy years. Although many books and literary analyses have been written about Anne Frank's life and diary, none have explored the surprising influence she has had on young people in countries all over the world, helping to shape their moral framework and giving them critical life skills. This is due in part to the merits of a travelling exhibition created by the Anne Frank House in Amsterdam in 1985 which has so far been seen by over 9 million people. The Anne Frank exhibition, along with its innovative educational and cultural activities, has circumnavigated the globe many times. In this fascinating study, Gillian Walnes Perry explores the various legacies of Anne Frank's influence. She looks at the complex life of Anne Frank's father and the motivations that powered his educational philosophy. She shares new insights into the real Anne Frank, personally gifted by those who actually knew her. Global icons such as Nelson Mandela and Audrey Hepburn relate the influence that Anne Frank had on shaping their own lives. This book presents - all in one place and for the very first time - the inspirational stories of a diverse variety of people from all over the world, brought together by the words of one particularly articulate and inspiring teenage victim of the Holocaust.

Gillian Walnes Perry co-founded the Anne Frank Trust UK in 1990, along with family and friends of Anne Frank's father, Otto Frank. In 2010, she was awarded an MBE for her work in education. She has spent time with many people who knew Anne Frank personally, and educators from all over the world who have tirelessly been perpetuating the powerful messages of Anne's life and writing. After 26 years of building the Anne Frank Trust, she retired as the charity's Executive Director in 2016. She now lectures and writes about the life and legacy of Anne Frank, as well as a range of popular social history topics.