Rowman & Littlefield Handbook of Christianity in the Middle East 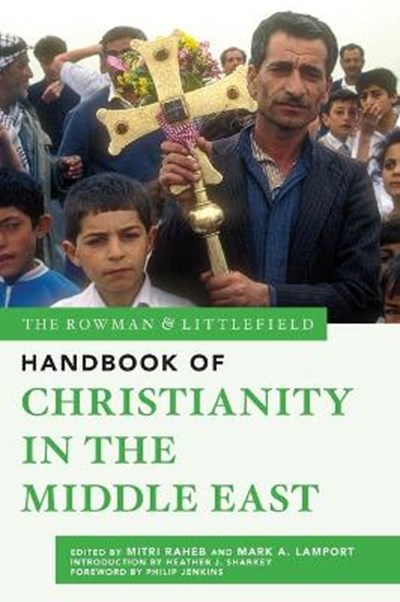 Rowman & Littlefield Handbook of Christianity in the Middle East

eBook FAQ
Add to Basket
Publisher: Rowman & Littlefield
ISBN: 9781538124178
Number of Pages: 710
Published: 15/12/2020
Width: 18.6 cm
Height: 26.6 cm
Description Author Information Reviews
This work represents the current and most relevant content on the studies of how Christianity has fared in the ancient home of its founder and birth. Much has been written about Christianity and how it has fared since its migration out of its homeland but this comprehensive reference work reassess the geographic and demographic impact of the dramatic changes in this perennially combustible world region. The Rowman & Littlefield Handbook of Christianity in the Middle East also spans the historical, socio-political and contemporary settings of the region and importantly describes the interactions that Christianity has had with other major/minor religions in the region.

Mitri Raheb (ThD, Phillips University, Marburg, Germany) is the president of Dar al-Kalima University College in Bethlehem, Palestine and president of the Synod of the Evangelical Lutheran Church in Jordan & The Holy Land. The most widely published Palestinian theologian to date, he is the author and editor of sixteen books on modern Middle Eastern church history, religion and the state, citizenship, and the Israeli-Palestinian conflict, including The Invention of History: A Century of Interplay between Theology and Politics in Palestine and Sailing through Troubled Waters: Christians in the Middle East. Mark A. Lamport (PhD, Michigan State University; ThM, Princeton Theological Seminary) is professor at graduate theological schools in Colorado, Arizona, Virginia, Indiana, Belgium, The Netherlands, and Portugal. He is the editor of Encyclopedia of Christianity in the Global South (2 vols.), Encyclopedia of Martin Luther and the Reformation (2 vols.), Encyclopedia of Christianity in the United States (5 vols., "Notable Book of 2016" by Christianity Today), and Encyclopedia of Christian Education (3 vols., winner, Booklist Editors' Choice: Adult Books).