Dragon, the Mountain, and the Nations

An Old Testament Myth, Its Origins, and Its Afterlives 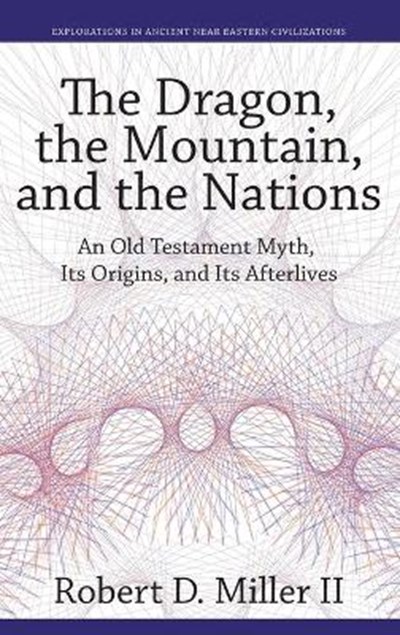 Dragon, the Mountain, and the Nations

An Old Testament Myth, Its Origins, and Its Afterlives

QTY
Add to Basket
Publisher: Eisenbrauns
ISBN: 9781575064796
Number of Pages: 408
Published: 30/04/2018
Width: 15.2 cm
Height: 22.9 cm
Description Author Information Reviews
The Dragon, the Mountain, and the Nations investigates the origins, manifestations, and meanings of a myth that plays a major role in the Hebrew Bible and a substantial role in the New Testament: the dragon-slaying myth. The dragon-slaying myth has a hoary ancestry, extending back long before its appearance in the Hebrew Bible, and a vast range, spanning as far as India and perhaps even Japan. This book is a chronicle of its trajectories and permutations. The target of this study is the biblical myth. This target, however, is itself a fluid tradition, responding to and reworking extrabiblical myths and reworking its own myths. In this study, Robert Miller examines the dragon and dragon-slaying myth throughout India, the proto-Indo-European cultures, and Iran, and among the Hittites as well as other ancient Near Eastern and Mesopotamian traditions, and then throughout the Bible, including Genesis, the Psalms, Daniel, and ultimately the New Testament and the book of Revelation. He shows how the myth pervades many cultures and many civilizations and that the dragon is always conquered, despite its many manifestations. In his conclusion, Miller points out the importance of the myth as a hermeneutic for understanding key parts of biblical literature.