Christians Must Rise or America Will Fall 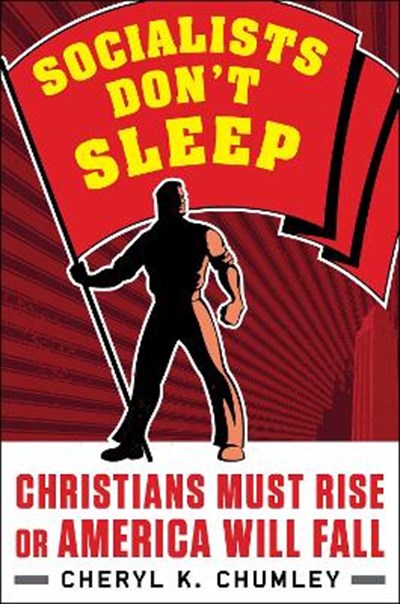 Christians Must Rise or America Will Fall

QTY
Add to Basket
Publisher: Humanix Books
ISBN: 9781630061470
Number of Pages: 256
Published: 08/10/2020
Width: 15.2 cm
Height: 22.8 cm
Description Author Information Reviews
Socialists Don't Sleep is about all the sneaky ways the secular left has pressed Socialism into American politics and life - AND WHY CHRISTIANS ARE THE ONLY ONES WHO CAN STOP IT! "Socialists Don't Sleep is one of those timely books that just points out the roots of what's gone wrong in America, how we can get our country back on track to what founders envisioned and the Judeo-Christian community that holds the key to America's long-term successes." - Gov. Mike Huckabee, New York Times Bestselling author & Host of Huckabee "Bernie Sanders, Alexandria Ocasio-Cortez - when it comes to socialism in America, these two aren't the problem. Per se. They're simply symptoms of the real problems that usher in Socialism: a dysfunctional entitlement-minded society, a propaganda-pushing school system, a decayed culture, a sieve-like border. As Cheryl Chumley points out in Socialists Don't Sleep, we can't root out socialism unless we first address the real problems." - Michael Savage, New York Times Bestselling author & host of The Savage Nation Socialists Don't Sleep: Christians Must Rise or America Will Fall tells how America has gone from a country of rights coming from God - NOT government - to a country that embraces Socialism - where the US government is now expected to pretty much provide from cradle to the grave. Cheryl K. Chumley, an award-winning journalist and contributing editor to The Washington Times, explains how to return the country to its glory days of God-given, and why Christians, more than any other group, are best equipped to lead the way. "What is it about the founding principles of America that the secular progressive left would make better? The answer is: Nothing. In her new book, Cheryl Chumley reminds us of those principles and calls on those who still believe in them to engage the failed policies and ideology of Socialism and atheism and to fight back." - Cal Thomas, Nationally-syndicated Conservative Columnist "If you think socialism will inevitably lose at the polls, think again! As Cheryl shows in Socialists Don't Sleep, the far Left - in both political parties - has been eroding our freedoms for decades. The long-term solution must come from the Judeo-Christian community. If the churches don't rise, America is sunk." - Sam & Kevin Sorbo, Writer-Producer-Director Team for Let There Be Light "An important book that shows just how close our country is from losing its freedoms - and why the younger generations need to learn truthful history about capitalism, freedom, and socialism." - Will Witt, PragerU Personality "Socialists Don't Sleep exposes the flawed thinking of the socialist left." - Phil Robertson, New York Times Bestselling author & Star of Duck Dynasty

Cheryl K. Chumley (Stafford, VA) is an author, commentary writer, podcast host and the online opinion editor for The Washington Times. She is the host of the twice-weekly podcast Bold and Blunt and the "EYE ON A.I." columnist for the good, bad, ugly and underreported of artificial intelligence for The Washington Times. She is an award-winning journalist, columnist and public speaker with more than 15 years of experience covering Capitol Hill, state and local politics, courts, the Constitution, the United Nations, the environment, technology and artificial intelligence, and private property rights. Her publication credits include The Blaze, The Washington Times, The Washington Examiner, The Heritage Foundation, The Heartland Institute, Lifezette, PamelaGeller.com and more. Chumley is a skilled public speaker and media guest, and has made hundreds of appearances on national and local television and radio, including: Fox News, C-SPAN, CBN and Michael Savage, and in person at various forums and events, to discuss politics and culture, the role of Christianity in government, media bias and limited government principles. Chumley is the author of four books, including: LOCKDOWN: The Socialist Plan to Take Away Your Freedom, The Devil in DC: Winning Back the Country From the Beast in Washington with a foreword by Mike Huckabee and Police State USA: How Orwell's Nightmare Is Becoming Our Reality with a foreword from Rep. Louie Gohmert. And she is a US Army veteran and a licensed private investigator. The author lives & works in the Washington, D.C. metro area. https://www.cherylchumley.com/ https://www.washingtontimes.com/staff/cheryl-k-chumley/