Fast-Starting a Career of Consequence

Practical Christ-Centered Advice for Entering or Re-entering the Workforce 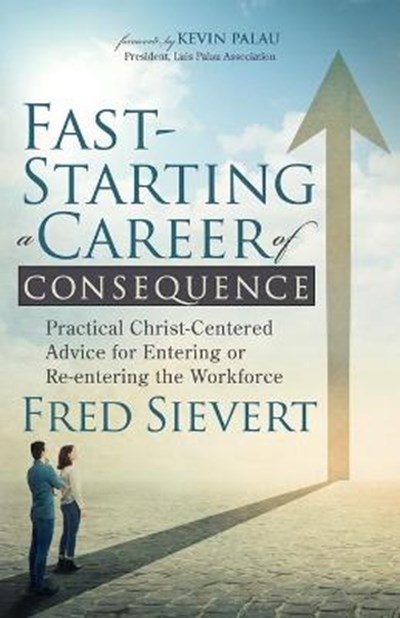 Fast-Starting a Career of Consequence

Practical Christ-Centered Advice for Entering or Re-entering the Workforce

QTY
Add to Basket
Publisher: Morgan James Publishing llc
ISBN: 9781631953583
Number of Pages: 236
Published: 03/08/2021
Width: 13.9 cm
Height: 21.5 cm
Description Author Information Reviews
Many young, ambitious Christians are struggling to get noticed as new hires in the workplace today-not only young people, but those re-entering the workforce following military service, child-rearing, or after being furloughed due to Covid-19. These workers may find it challenging to stand out from the crowd while also maintaining their Christian values and ethics. Fast-Starting a Career of Consequence is the perfect guide for those looking to create a strong, faith-based foundation to further boost their careers. Fred Sievert knows from personal experience because his relationship with Jesus Christ and trust in God were the biggest factors in advancing his career toward eventually becoming the president of a Fortune 100 company. Within Fast-Starting a Career of Consequence, follow the advice Fred gave his daughter as she entered the workforce for the first time. It provides those seeking a career with ten practical and effective tips they can implement to rapidly gain visibility and early success. Fred encourages readers to identify and use their spiritual gifts and apply other key biblical principles as they embark on a new career. Those seeking a career are encouraged throughout Fast Starting a Career of Consequence with relevant scriptural references.

After earning a bachelor's degree from Amherst College and a master's degree in statistics from Wayne State University, Fred Sievert began his career as a junior high school mathematics teacher. He later entered the insurance business as an actuarial trainee. After a rapid rise to the top of the organization, with responsibility for 65,000 agents and employees worldwide, he ultimately retired in 2007 as president of the New York Life Insurance Company, a Fortune 100 corporation. Following his early retirement at age fifty-nine, Fred attended Yale Divinity School where he earned a master's degree in Religion from Yale in 2011. In retirement, Fred remains actively engaged in writing, teaching, mentoring young executives, serving on the boards of five nonprofit organizations and two for-profit corporations, and following his calling into the ministry created by his first book, God Revealed. His second book Grace Revealed, recounts stories of people in severe crises who found relief and recovery through their faith and personal relationships with Christ. A frequent speaker, Fred addresses audiences ranging in size from small book clubs and Bible-study classes to large national conventions. He has completed more than 50 television and radio interviews, which include appearances on Fox & Friends, the Fox Business Channel, and the Daystar Christian network. Two of the stories from his second book were featured as videos on The 700 Club in May 2019. Fred currently resides in East Falmouth, MA.