Henri Nouwen and The Return of the Prodigal Son

The Making of a Spiritual Classic 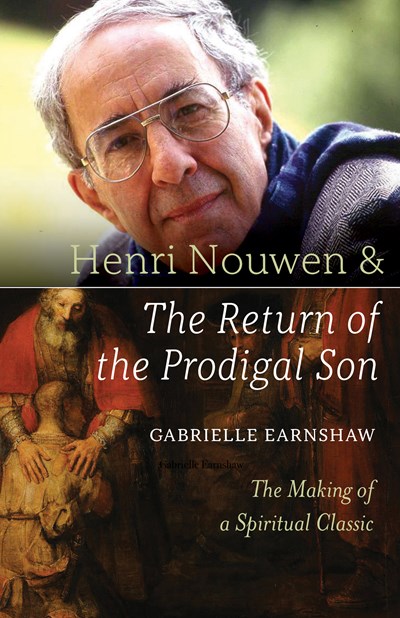 Henri Nouwen and The Return of the Prodigal Son

The Making of a Spiritual Classic

Join now Find out more
Publisher: Paraclete Press
ISBN: 9781640601697
Number of Pages: 176
Published: 12/05/2020
Width: 14 cm
Height: 21.6 cm
Description Author Information Reviews
The Return of the Prodigal Son: A Story of Homecoming is Henri Nouwen's most popular book, selling over one million copies since its publication in 1992. What accounts for its ongoing popularity as a spiritual classic? Drawing from extensive research in Nouwen's archives, author and Chief Archivist for the Henri Nouwen Legacy Trust, Gabrielle Earnshaw, provides a detailed account of how the book came to be written, shedding light on Nouwen's writing process and aspects of his life experience that influenced his insights and ideas. Earnshaw examines Nouwen's intellectual formation as well as the impact of his family and friends on the shape of the book. Letters, many published here for the first time, give us a privileged look at Henri's world during the nine years he took to complete the book. Earnshaw considers how it compares to other books published at the same time to place the work and its author in a historical, cultural and religious/spiritual context. Finally, she explores how Nouwen himself was changed by the book and why twenty-three later it continues to touch the hearts and minds of 21st century readers.

Gabrielle Earnshaw is the founding archivist of the Henri J.M. Nouwen Archives and Research Collection at the University of St. Michael's College, a position she held from 2000 to 2016. She holds a BA (hons.) in History from Queen's University and a Master's of Archival Science from the University of British Columbia. Prior to her work as Nouwen Archivist, Gabrielle held positions with the Law Society of Upper Canada and the Children's Own Museum (Toronto). Currently, she is Chief Archivist for the Henri Nouwen Legacy Trust. She is co-editor of Turning the Wheel: Henri Nouwen and Our Search for God (Orbis Books, 2007), editor of Love, Henri: Letters on the Spiritual Life (Random House, 2016), You are the Beloved: Daily Meditations for Spiritual Living (Random House, 2017) and Following Jesus: Finding Our Way Home in an Age of Anxiety (Random House, 2019).