Between Religion and Reason (Part II) 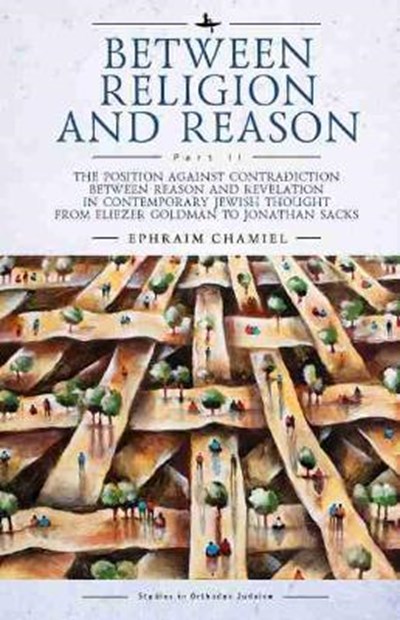 Between Religion and Reason (Part II)

eBook FAQ
Add to Basket
Publisher: Academic Studies Press
ISBN: 9781644695708
Number of Pages: 270
Published: 01/07/2021
Width: 15.6 cm
Height: 23.4 cm
Description Author Information Reviews
This book is dedicated to an analysis of the writings of modern religious Jewish thinkers who adopted a neo-fundamentalist, illusionary, apologetic approach, opposing the notion that there may sometimes be a contradiction between reason and revelation. The book deals with the thought of Eliezer Goldman, Norman Lamm, David Hartman, Aharon Lichtenstein, Jonathan Sacks, and Michael Abraham. According to these thinkers, it is possible to resolve all of the difficulties that arise from the encounter between religion and science, between reason and revelation, between the morality of halakhah and Western morality, between academic scholarship and tradition, and between scientific discoveries and statements found in the Torah. This position runs counter to the stance of other Jewish thinkers who espouse a different, more daring approach. According to the latter view, irresolvable contradictions between reason and faith sometimes face the modern Jewish believer, who must reconcile himself to these two conflicting truths and learn to live with them. This dialectic position was discussed in Between Religion and Reason, Part I (Academic Studies Press, 2020). The present volume, Part II, completes the discussion of this topic. This book concludes a trilogy of works by the author dealing with modern Jewish thought that attempts to integrate tradition and modernity. The first in the series was The Middle Way (Academic Studies Press, 2014), followed by The Dual Truth (Academic Studies Press, 2018).

Dr. Ephraim Chamiel received his doctorate from the Department of Jewish Thought at the Hebrew University of Jerusalem. He is an independent scholar of contemporary Jewish thought and a board member of the Jerusalem Opera.