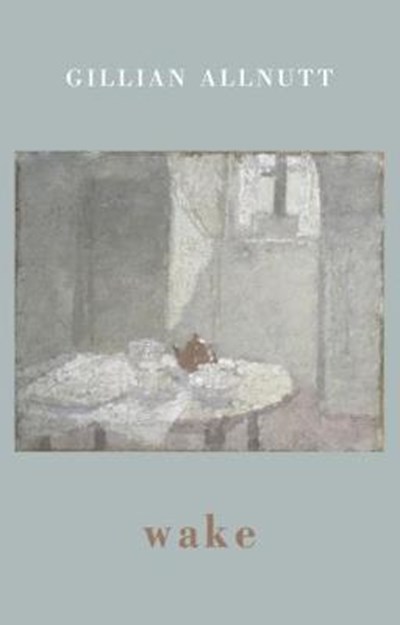 QTY
Add to Basket
Publisher: Bloodaxe Books Ltd
ISBN: 9781780374062
Number of Pages: 72
Published: 24/05/2018
Width: 13.8 cm
Height: 21.6 cm
Description Author Information Reviews
When Gillian Allnutt was awarded the Queen's Gold Medal for Poetry, Carol Ann Duffy wrote that her work `has always been in conversation with the natural world and the spiritual life'. Her latest collection, wake, shows the two beginning to meld into one: to speak for, even as, one another. As her title signals, these are poems about looking back, keeping watch over the dying and death of an old world and the ways of being human in that world; but also forward, waiting for the new world and being ready to awaken to it when it comes. There are, as always in her work, many displaced people. No one here is fully at home in the world. These are turbulent times - individually and collectively - and the poems here reflect that. And yet the poems are more `among' than `about' people: speaking out of the horde, and the hoard, of humanity as a whole.

Gillian Allnutt was born in London but spent half her childhood in Newcastle upon Tyne. In 1988 she returned to live in the North East. Before that, she read Philosophy and English at Cambridge, and then spent the next 17 years living mostly in London. From 1983 to 1988 she was poetry editor of City Limits magazine. Her collections Nantucket and the Angel and Lintel were both shortlisted for the T.S. Eliot Prize. Poems from these collections are included in her Bloodaxe retrospective How the Bicycle Shone: New & Selected Poems (2007), which draws on six published books plus a new collection, Wolf Light, and was a Poetry Book Society Special Commendation. Her most recent collection is indwelling (Bloodaxe Books, 2013); a new collection, wake, is due from Bloodaxe in 2018. She has also published Berthing: A Poetry Workbook (NEC/Virago, 1991), and was co-editor of The New British Poetry (Paladin, 1988). From 2001 to 2003 she held a Royal Literary Fund Fellowship at Newcastle and Leeds Universities. She won the Northern Rock Foundation Writer's Award in 2005 and received a Cholmondeley Award in 2010. Since 1983 she has taught creative writing in a variety of contexts, mainly in adult education and as a writer in schools. In 2009/10 she held a writing residency with The Medical Foundation for the Care of Victims of Torture (now Freedom From Torture) in the North East, working with asylum seekers in Newcastle and Stockton. In 2013/14 she taught creative writing to undergraduates on the Poetry and Poetics course in the English Department of Durham University. She lives in County Durham. Gillian Allnutt was awarded The Queen's Gold Medal for Poetry 2016 in February 2017. The Medal is awarded for excellence in poetry, and was presented to Gillian Allnutt by The Queen.