The Vanishing Art of Seizing the Day 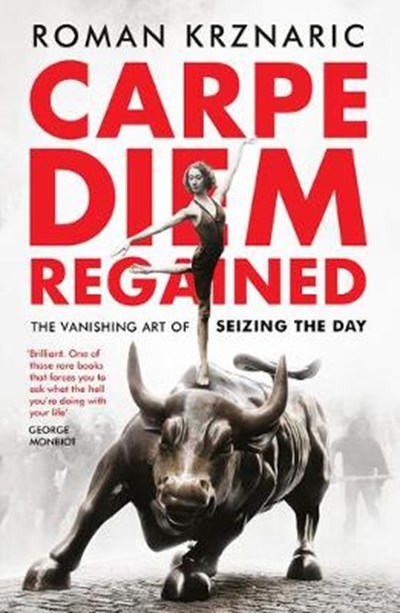 The Vanishing Art of Seizing the Day

QTY
Add to Basket
Publisher: Unbound
ISBN: 9781783524938
Number of Pages: 304
Published: 25/01/2018
Width: 12.9 cm
Height: 19.8 cm
Description Author Information Reviews
Existentialism is back Carpe diem - 'seize the day' - is one of the oldest pieces of life advice in Western history. But its true spirit has been hijacked by ad men and self-help gurus, reduced to the instant hit of one-click online shopping, or slogans like 'live in the now'. We need to reclaim it to make sense of our complex, confusing times. The last great expression of carpe diem was in the electrifying existential philosophy of the 1940s. Today it's an idea that challenges us to confront our mortality and live with greater passion and intention rather than scroll mindlessly on our phones or allow freedom to become a mere choice between brands. In Carpe Diem Regained, Roman Krznaric reinvents existentialism for our age of information and choice overload. An essential and empowering work of contemporary philosophy, the book unveils the surprising ways of seizing the day that humankind has discovered over the centuries, ones we urgently need to revive. Carpe diem is the Nexistentialism for our times.

Roman Krznaric is a social philosopher whose books, including Empathy, The Wonderbox and How to Find Fulfilling Work, have been published in more than 20 languages. He is the founder of the world's first Empathy Museum and of the digital Empathy Library. He is also a founding faculty member of The School of Life and on the faculty of Year Here. Roman has been named by the Observer as one of Britain's leading popular philosophers. His writings have been widely influential amongst political and ecological campaigners, education reformers, social entrepreneurs, and designers. His forthcoming book is Carpe Diem Regained. www.romankrznaric.com