Mighty and The Almighty

How Political Leaders Do God 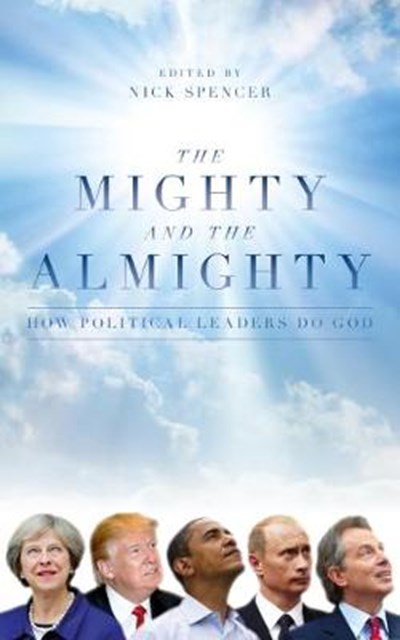 Mighty and The Almighty

How Political Leaders Do God

QTY
Add to Basket
Publisher: Biteback Publishing
ISBN: 9781785901911
Published: 13/04/2017
Description Author Information Reviews
For a secular age, we have a lot of religious politicians.Theresa May, Vladimir Putin, Angela Merkel, even Donald Trump all profess Christianity, as did Obama, Brown, Sarkozy, Bush and Blair before them. Indeed, it is striking how many Christian Presidents and Prime Ministers have assumed the global stage over recent years. In spite of Alastair Campbell's oft- (and mis-) quoted line, 'We don't do God', it seems like we definitely do.But how sincere is this faith? Is not much of it simply window-dressing for the electorate, paste-on haloes to calm the moral majority? Conversely, how dangerous is it? If we elect our politicians to do our democratic will, do we really want them praying to God for advice?The Mighty and the Almighty looks at some of the biggest political figures of the past forty years - from Thatcher and Reagan, through Mandela and Clinton, to May and Trump - and looks at how they 'did God'. Did their faith actually shape their politics, and if so, how? Or did their politics shape their faith? And does it matter if it did?In an age when religion is more important on the global stage than anyone would have predicted fifty years ago, this book will tell you everything you want to know, and some things you won't, about how the Mighty get on with the Almighty.

Nick Spencer is Research Director of the religion and society think tank Theos. He is the author of a number of books, most recently Atheists: The Origin of the Species and The Evolution of the West. He writes on the history of ideas, and in particular on the immense influence of Christianity on Western thought and life. This is not a popular subject. He also writes on the relationship between Christianity and politics, in Britain and beyond. cThis is even less popular. He doesn't talk about his work much on the rare occasions he is invited out to dinner parties.