Brexit and the End of Empire 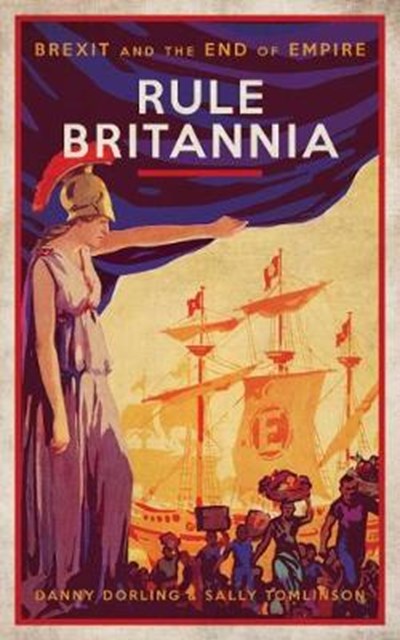 Brexit and the End of Empire

QTY
Add to Basket
Publisher: Biteback Publishing
ISBN: 9781785904530
Number of Pages: 320
Published: 15/01/2019
Description Author Information Reviews
Books on Brexit explaining how and why parts of Britain voted to leave the European Union are falling hot off the press. Some promise the full story of the political manoeuvring that got us to this point, others promise to make sense of the vote, with a couple focusing on the supposed evils of immigration and Islam. In Rule Britainnia, Danny Dorling and Sally Tomlinson tell a different story. They argue that the EU referendum was part of a last gasp of empire working its way out of the British psyche. It is a view of empire largely based on myth and nostalgia. Dorling and Tomlinson are not arguing for any particular position, but suggest that whatever the next year brings Britain will be much diminished by the process of trying to leave the EU, and that there is no welcoming Empire, Commonwealth, or other set of countries, ready to quickly embrace new trading relationships with us. They do, however, recognise the potential to reshape a post-Brexit Britain, assuming that the UK can accept a world order not based on the past.

Danny Dorling is the Halford Mackinder Professor in geography at the University of Oxford. In 2015 he was a commissioner of the London Fairness Commission, which reported in 2016. His work concerns issues of housing, health, employment, education, wealth and poverty, and his books include The Real World Atlas (Thames and Hudson), Inequality and the 1% (Verso), Population 10 (Constable) and All That Is Solid (Allen Lane). Sally Tomlinson is emeritus professor at Goldsmiths University and honorary fellow of the education department at Oxford. A selection of her work was published in The Politics of Race, Class and Special Education (2014) in the Routledge World Education series.