Trump and the Puritans 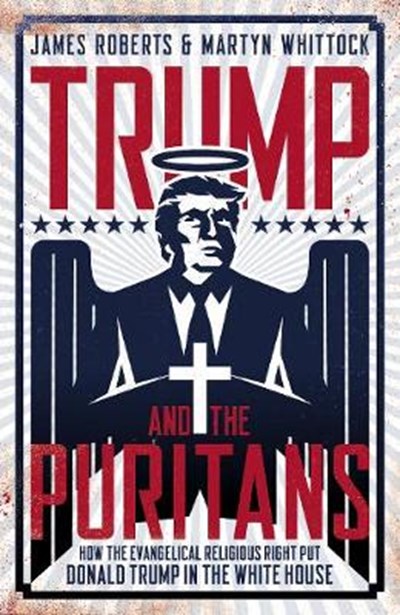 Trump and the Puritans

QTY
Add to Basket
Publisher: Biteback Publishing
ISBN: 9781785905087
Published: 14/01/2020
Description Author Information Reviews
The year 2020 is a hugely significant one for the United States of America, marking as it does the 400th anniversary of the arrival of the Mayflower Pilgrims to the New World and their establishment of a `godly' colony in (what was for them) the `American wilderness'. But it is also the year of the next Presidential election, one where the current occupant is expected to stand for re-election. Many millions of Americans will not see this as a random juxtaposition of events, since for them the unlikely person of Donald Trump is the one chosen by God to implement a twenty-first-century programme of godly rule and the restoration of American spiritual exceptionalism that is directly rooted in those far-off times when Puritan settlers (who followed in 1630) first established a semi-theocratic `New Jerusalem' in the `New World'. The USA is the home of more Christians than any other nation on earth. In 2014 research revealed that 70.6 per cent of Americans identified as Christians of some form with 25.4% identifying as `Evangelicals'. Eighty-one per cent of them, around 33.7 million people, voted Trump in 2016. How can it be that self-described Christians of the `Evangelical Religious Right' see, of all people, Donald Trump as their political representative and thus defender of their cause? Trump and the Puritans argues that while Donald Trump is no Puritan, the long-term influence of these 17th century radicals makes the USA different from any other Western democracy, and that this influence motivates and energizes a key element of his base to an astonishing degree and has played a major part in delivering political power to Trump.

James Roberts has been a foreign news journalist for more than 30 years. He is currently Assistant Editor of the London-based international Catholic weekly, The Tablet, where he has covered Foreign News since 2004. Before joining the Tablet he spent 12 years on the Foreign News desks of the Independent and Independent on Sunday, where he became Foreign Editor. Martyn Whittock is the author of forty-seven books, including When God Was King (Lion Hudson 2018) which explores the lives and beliefs of rebels and radicals of the British Civil Wars and Mayflower generation, both in the British Isles and North America.