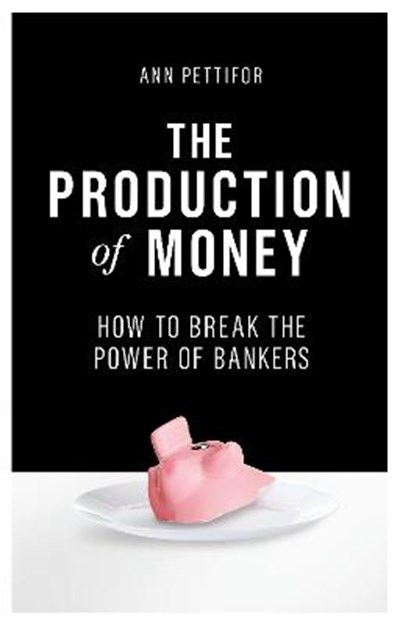 QTY
Add to Basket
Publisher: Verso Books
ISBN: 9781786631343
Published: 21/02/2017
Description Author Information Reviews
Money makes the world go round: but what is it really? And how is it produced? Above all, who controls its production, and in whose interests? Money is never a neutral medium of exchange. Nor are bankers simply go-betweens for savers and borrowers. In this accessible, brilliantly argued book, leading political economist Ann Pettifor explains in straightforward terms history's most misunderstood invention: the money system. Pettifor argues that democracies can reclaim control over money production and subordinate the out-of-control finance sector to the interests of society, and also the ecosystem. She also examines and assesses popular alternative debates on, and innovations in, money: positive money, helicopter money and the rise of goldbugs. She sets out the possibility of linking the money in our pockets (or on our smartphones) to the change we want to see in the world around us.

Ann Pettifor is a political economist with a focus on finance and sovereign debt. She is director of Prime: Policy Research in Macroeconomics, an Honorary Research Fellow at City University, a fellow of the New Economics Foundation, and has an honorary doctorate from Newcastle University. She is known for her leadership of a campaign that resulted in massive debt cancellation for more than 30 countries - Jubilee 2000.. She has served on the board of the UN Development Report and in 2015 was invited onto the economic advisory board by the British Labour Party leader, Jeremy Corbyn. She is the author of 'The Real World Economic Outlook', and 'The Coming First World Debt Crisis', and co-authored The Green New Deal and The Economic Consequences of Mr. Osborne.