Women, the Church, and the Great Deception 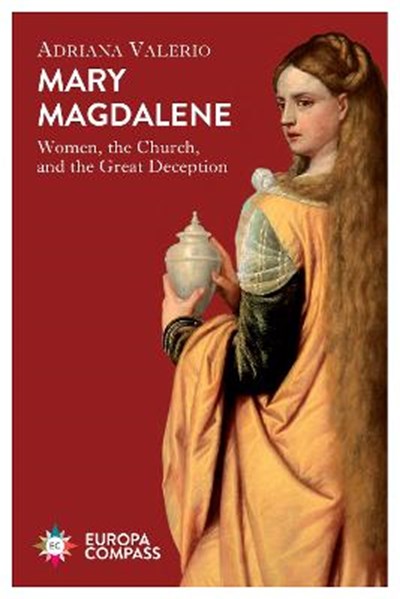 Women, the Church, and the Great Deception

QTY
Add to Basket
Publisher: Europa Editions (UK) Ltd
ISBN: 9781787703278
Number of Pages: 128
Published: 22/07/2021
Width: 12 cm
Height: 18 cm
Description Author Information Reviews
Rediscover the crucial roles held by women within the heart of Christianity. Favourite disciple, influential woman, true believer and follower of Jesus: how do we see Mary Magdalene today? Witness to Jesus' crucifixion and his burial, the first to announce the resurrection, she is without a doubt the most recognizable of the gospels' female figures, a central character in Christianity's foundational story. But centuries of alteration and resizing, of merging several female figures into one, have erased Mary Madgalene's apostolic role and left us with a misrepresentation. They delivered the figure of a quintessential repentant sinner, one in whom sensual beauty and mortification of the body are combined. When we reflect on the "Magdalene case", delving into the folds of history and the arts, and removing misunderstandings and manipulations, we rediscover the crucial roles women have always held within the heart of Christianity, despite their stories often going untold. Adriana Valerio's engrossing retelling of Magdalene's story, founded as it is in historical fact, is an unmissable opportunity to reclaim such roles in a church that remains largely patriarchal to the present day.

Adriana Valerio is a historian and theologian. For over thirty years, since she became one of the first women in Italy to obtain a theology degree, she has devoted herself to the critical interpretation of the role of women within the history of Christianity. She is the author of many essays on the subject and an internationally recognised scholar. Wendy Wheatley was born in Hartford, Connecticut. After spending her formative years in The Netherlands and Belgium, she moved to Milan in 1986 to work as a designer with the architect Ettore Sottsass. His request to translate his writings blossomed into a career compatible with raising a family.