Do Roman Catholics and Evangelicals Believe the Same Gospel? 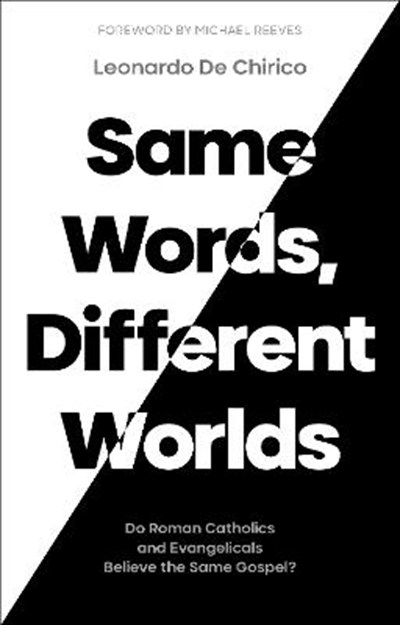 Do Roman Catholics and Evangelicals Believe the Same Gospel?

Publisher: Inter-Varsity Press
ISBN: 9781789743609
Number of Pages: 160
Published: 21/10/2021
Width: 13.8 cm
Height: 21.6 cm
Description Author Information Reviews
Do Evangelical Protestants and Roman Catholics share a common orthodoxy, as promoted by initiatives such as Evangelicals and Catholics Together? Or do the profound differences between Evangelical and Catholic theology and how they view the doctrines of Christ, the Church and salvation mean they actually hold to very different gospels? Same Words, Different Worlds explores whether Evangelicals and Catholics have the same gospel if they have core commitments that contradict. It lays out how the words used to understand the gospel are the same but differ drastically in their underlying theology. With keen insight, Leonardo de Chirico looks at various aspects of Roman Catholic theology - including Mary, the intercession of the saints, purgatory and papal infallibility - from an Evangelical perspective to argue that theological framework of Roman Catholicism is not faithful to the biblical gospel. Only by understanding the real differences can genuine dialogue flourish. Same Words, Different Worlds will deepen your understanding of the differences between Evangelical and Catholic theology, and how the Reformation is not over in the church today.

Leonardo De Chirico is the Director of the Reformanda Initiative, lecturer in Historical Theology at IFED, and a Pastor in the Evangelical Reformed Baptist Churches of Italy. He holds degrees in history and theology, a post-doctoral diploma in Bioethics, and a PhD in theology from King's College London. His previous books include Evangelical Theological Perspectives on Post-Vatican II Roman Catholicism (Peter Lang), A Christian's Pocket Guide to the Papacy and A Christian's Pocket Guide to Mary (both Christian Focus). He also contributed a chapter in The Doctrine On Which the Church Stands or Falls (Crossway). He writes regularly for The Gospel Coalition and other outlets.