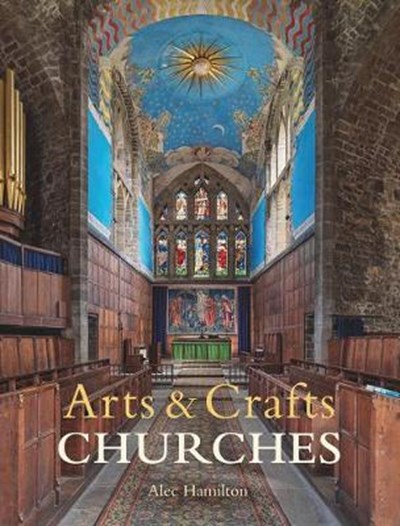 QTY
Add to Basket
Publisher: Lund Humphries Publishers Ltd
ISBN: 9781848223219
Number of Pages: 352
Published: 24/09/2020
Width: 19 cm
Height: 25 cm
Description Author Information Reviews
This comprehensive overview provides the first detailed account of the phenomenon of the Arts & Crafts church, examining 150 of the finest examples, mostly built between 1884 and 1918 in England, Scotland, and Wales. Arts & Crafts studies tend to focus on houses and furniture; churches were no longer central to architects' practice. A handful of well-known churches have been written about extensively, but these famous examples obscure the existence of scores of churches that express Arts & Crafts ideas every bit as vividly. They also are rarely set alongside each other, nor seen within the wider context of not only how they were built, but why. These churches are visually arresting, with often quaint, far-fetched, or capricious exteriors. Internally, they often contain beautiful elements, including reredoses, pulpits, stained glass, and altars. They also tell a fascinating story about religion as Britain entered the age of modernity. While the architects were often religiously skeptical, they were still committed to making beauty. Author Alec Hamilton sets out the social and political context in which these churches were designed and constructed in the introductory section. The book is then divided into regional sections. Each section is headed by a short essay highlighting key architects and descriptions of notable churches within each region.

Alec Hamilton completed his DPhil, 'The Arts & Crafts in church-building in Britain 1884-1918' at Oxford in 2017. He has lectured widely on the subject of the Arts & Crafts, and the churches in particular. Before becoming an architectural historian, he took a fine art degree, and before that, he worked in advertising and as a management trainer. He has been a Trustee of the Landmark Trust and of Friends of Friendless Churches.