The Basics of Christian Resistance 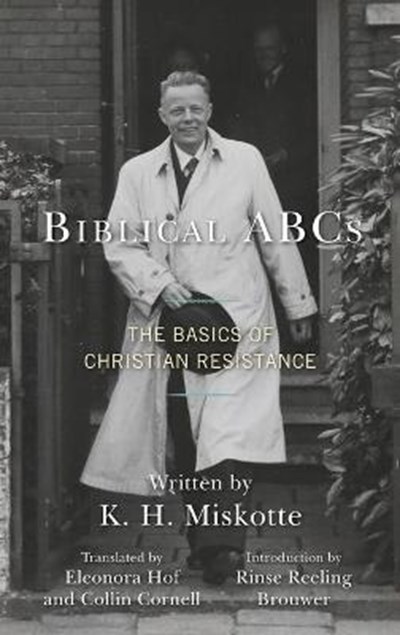 The Basics of Christian Resistance

eBook FAQ
Add to Basket
Publisher: Rowman & Littlefield
ISBN: 9781978707535
Number of Pages: 198
Published: 31/10/2021
Width: 16.1 cm
Height: 23.9 cm
Description Author Information Reviews
Biblical ABCs is a theological resistance primer. Its author, Kornelis Heiko Miskotte, was a Dutch pastor, theologian, and antifascist who lived and worked under the Nazi occupation of his country. Miskotte's family hid Jews inside their home, and Miskotte facilitated underground Christian discussion groups. In 1941, he published an illegal pamphlet as a study guide for these groups. In an atmosphere saturated with propaganda and lies, Miskotte felt that Christians needed a refresher course in the basics of biblical language-an anti-Nazi catechism, as it were. Miskotte presents this instruction in twelve brief, poetic meditations on important terms drawn from the Bible. Like his teacher Karl Barth, Miskotte insists on the primacy of the Word, and like his imprisoned colleague Dietrich Bonhoeffer, he emphasizes the this-worldliness of the Old Testament. Miskotte also shows his deep debt to the Jewish theologian, Franz Rosenzweig. He begins his primer with the A of the biblical ABCs: the Name of God, the Tetragrammaton, which Miskotte sees as the cornerstone of all resistance to authoritarianism and truth decay.

Kornelis Heiko Miskotte (1894-1976) was a pastor of the Dutch Reformed Church and a professor of dogmatics and ethics at the University of Leiden. Eleonora Hof (PhD, Protestant Theological University), translator, is pastor of Ieper/Ypres, United Protestant Church in Belgium. Collin Cornell (PhD, Emory University), translator, is visiting assistant professor of Biblical Studies for the School of Theology at the University of the South in Sewanee, TN (USA).