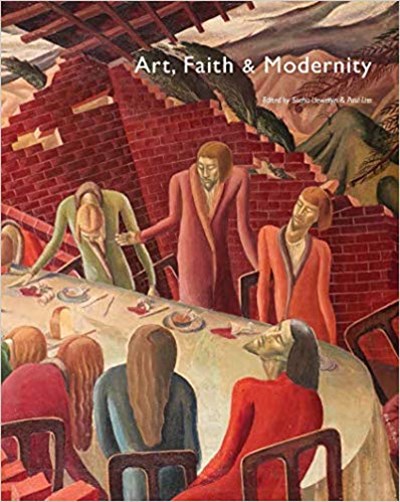 QTY
Add to Basket
Publisher: Liss Llwellyn
ISBN: 9781999314507
Number of Pages: 224
Published: 30/06/2019
Width: 21.5 cm
Height: 27 cm
Description Author Information Reviews
Which artists in British 20th century art painted religious images? Broadly speaking there seem to have been two categories: The first concerns artists who created religious images when the religious content was in response to a set subject, for example The Deluge in the 1920 Rome Scholarship in Decorative Painting, or who responded to a specific commission, for example Thomas Monnington‘s works for The Ormond Chapel, Bradford, Kippen Church and Stations of the Cross for Brede Church in Hastings. The second category concerns a small minority off artists who were committed believers such as Frank Brangwyn, Eric Gill and Stanley Spencer. No account of 20th Century British art can overlook the numerous works of the period that were essentially “religious” in their content. Art, Faith& Modernity examines this question in Paul Liss‘ and Alan Powers’ essays and demonstrates the wide range of expression in more than 200 colour reproductions.

Born in Stafford in 1965, Paul Liss is a fine art dealer and exhibition organiser. He joined Sotheby's as a Bursary student prior to working for Hazlitt, Gooden & Fox. He has created numerous catalogues/exhibtions such as Stanley Lewis (Cecil Higgens, 2010), Alan Sorrell (John Soane Museum, 2013) Evelyn Dunbar (Pallant House, 2015), WWI and WWII (Morley Gallery London, 2014 and 2016). He founded Liss Llewellyn Fine Art in 1991.