Eschatology of the Thessalonian Correspondence 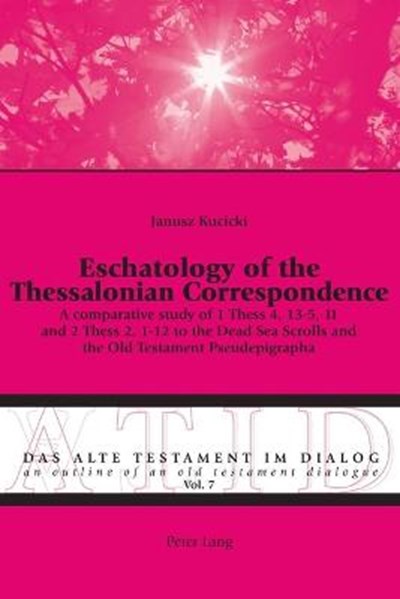 Eschatology of the Thessalonian Correspondence

eBook FAQ
Add to Basket
Publisher: Peter Lang AG, Internationaler Verlag der Wissenschaften
ISBN: 9783034314749
Number of Pages: 404
Published: 18/02/2014
Width: 15.5 cm
Height: 22.5 cm
Description Author Information Reviews
The book refers to universal eschatology contained in the Letters to the Thessalonians (1 Thess 4, 13-5, 11; 2 Thess 2, 1-12). The whole material is divided in two groups (eschatological motifs and apocalyptic motifs). Each of the motifs is analysed in the Biblical context and in the Intertestamental Literature context (the Old Testament Pseudepigrapha and the Qumran Literature). The exegetical analysis and the comparative analysis show similarity and diversity of the way Paul used the motifs. They also show which motifs were created or extensively modified by Paul in order to contribute to the creation of Christian eschatology. After presentation of the importance of eschatological topics in the 1-2 Thess (chapter I), the analyses of prodroms (chapter II) and events connected with the parousia (chapter III) indicate the way of using each of the motifs in different traditions. Based on results of the analyses, the Jewish background and Paul's original contribution to the New Testament eschatology are presented in chapter IV.

Janusz Kucicki was born in 1967 in Plonsk (Poland). In 1988, he joined the Divine Word Society. In 2008, he obtained a PhD degree at John Paul II Catholic University of Lublin. Since 2009 he has been working as associate professor at Nanzan University in Nagoya (Japan).