Servant of God in John 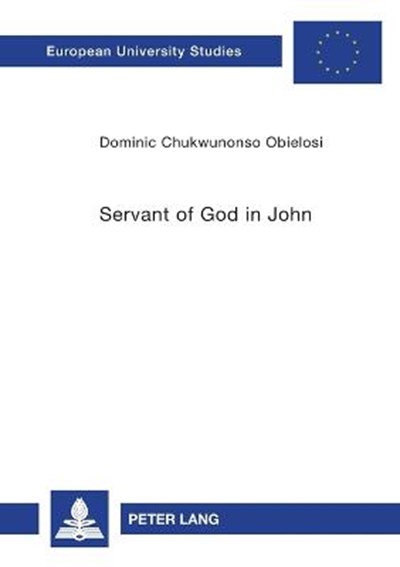 Servant of God in John

Publisher: Peter Lang AG
ISBN: 9783631580684
Number of Pages: 330
Published: 10/04/2008
Width: 14.8 cm
Height: 21 cm
Description Author Information Reviews
The topic of this book is to scholars what Uranus was to Scientists before 1781. The ignorance of astrologers about the existence of Uranus before 1781 does not negate the factuality of its being. This is similar in the case of the Servant of God in John. His predicates are there, although the title is missing. Scholars and epochs have witnessed researches and contributions in the Gospel of John. Many see aspects of the Servant of God in John. But just as Uranus could not be seen but its existence was proven because of its effects on the orbits of the other planets, so the Servant of God of the Fourth Gospel could not be seen as a title but its effects on the other christological titles of the gospel indicate its reality in the gospel. The author's approach is purely exegetico-theological.

The Author: Dominic Chukwunonso Obielosi is a priest of the Archdiocese of Onitsha (Nigeria). He was ordained in 1996. He holds a Licentiate in Sacred Scriptures from the Pontifical Biblical Institute, Rome; Diploma in Jewish Religious Studies from the Hebrew University of Jerusalem. He is pursuing his Masters Degree in Education at the St. John's University (USA).