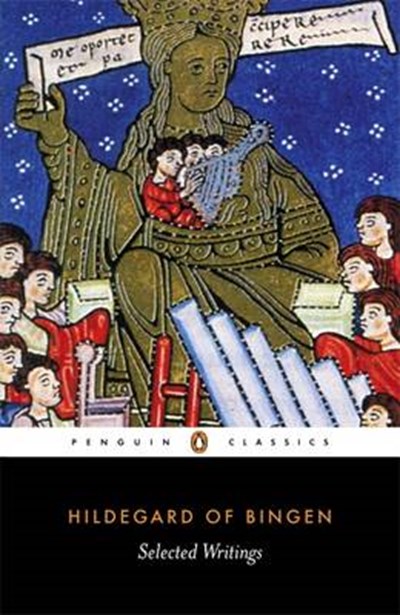 eBook FAQ
Add to Basket
Publisher: Penguin Books Ltd
ISBN: 9780140436044
Published: 31/05/2001
Description Author Information Reviews
Benedictine nun, poet and musician, Hildegard of Bingen (1098 1179) was one of the most remarkable figures of the Middle Ages. She undertook preaching tours throughout the German empire at the age of sixty, and was consulted not only by her religious contemporaries but also by kings and emperors, yet it is largely for her apocalyptic and mystical writings that she is remembered. This volume includes selections from her three visionary works, her treatises on medicine and the natural world, her devotional songs, and fascinating letters to prominent figures of her time. Dealing with such eternal subjects as the relationship between humans and nature, and men and women, Hildegard's works show her to be a wide-ranging thinker who created such fresh, startling images and ideas that her writings have been compared to Dante and Blake.

Hildegard of Bingen (1098-1179) was born into a well-established noble family in Bermensheim and was given to the monastery as a young child. She became a nun and later founded her own convent at Ruperstberg. With papal approval she wrote down her visions and travelled through Germany preaching. As well as her visionary writing, she composed liturgical music and was skilled in medicine, and was canonized after her death. Mark Atherton teaches English at Regent's Park College, Oxford.