Catholic Disaffiliation in Britain and America since Vatican II 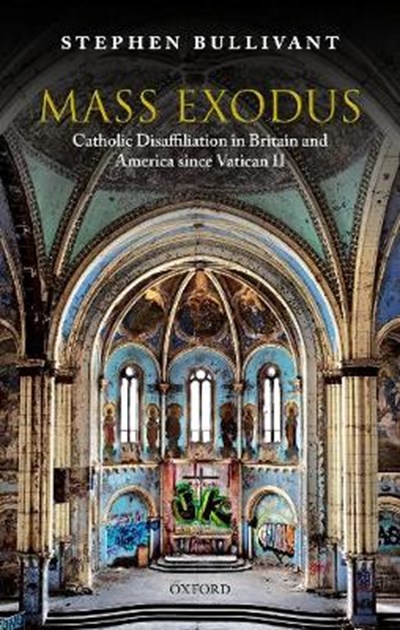 Catholic Disaffiliation in Britain and America since Vatican II

QTY
Add to Basket
Publisher: Oxford University Press
ISBN: 9780198837947
Number of Pages: 336
Published: 30/05/2019
Width: 14.6 cm
Height: 22.4 cm
Description Author Information Reviews
In 1962, Pope John XXIII opened the Second Vatican Council with the prophecy that 'a new day is dawning on the Church, bathing her in radiant splendour'. Desiring 'to impart an ever increasing vigour to the Christian life of the faithful', the Council Fathers devoted particular attention to the laity, and set in motion a series of sweeping reforms. The most significant of these centred on refashioning the Church's liturgy-'the source and summit of the Christian life'-in order to make 'it pastorally efficacious to the fullest degree'. Over fifty years on, however, the statistics speak for themselves. In America, only 15% of cradle Catholics say that they attend Mass on a weekly basis; meanwhile, 35% no longer even tick the 'Catholic box' on surveys. In Britain, the signs are direr still. Of those raised Catholic, just 13% still attend Mass weekly, and 37% say they have 'no religion'. But is this all the fault of Vatican II, and its runaway reforms? Or are wider social, cultural, and moral forces primarily to blame? Catholicism is not the only Christian group to have suffered serious declines since the 1960s. If anything Catholics exhibit higher church attendance, and better retention, than most Protestant churches do. If Vatican II is not the cause of Catholicism's crisis, might it instead be the secret to its comparative success? Mass Exodus is the first serious historical and sociological study of Catholic lapsation and disaffiliation. Drawing on a wide range of theological, historical, and sociological sources, Stephen Bullivant offers a comparative study of secularization across two famously contrasting religious cultures: Britain and the USA.

Stephen Bullivant is Professor of Theology and the Sociology of Religion at St Mary's University, London. He is Director of the Benedict XVI Centre for Religion and Society. An award-winning scholar, Bullivant's research and teaching interests are wide-ranging and interdisciplinary. Most notably, they include several areas of Catholic theology, and the social-scientific study of religion and atheism/secularity. His publications include The Oxford Dictionary of Atheism (co-authored with Lois Lee; 2016), The Oxford Handbook of Atheism (co-edited with Michael Ruse; 2016), The Trinity: How Not to Be a Heretic (2015), and The Salvation of Atheists and Catholic Dogmatic Theology (2012).