Liturgies for the Journey of Life 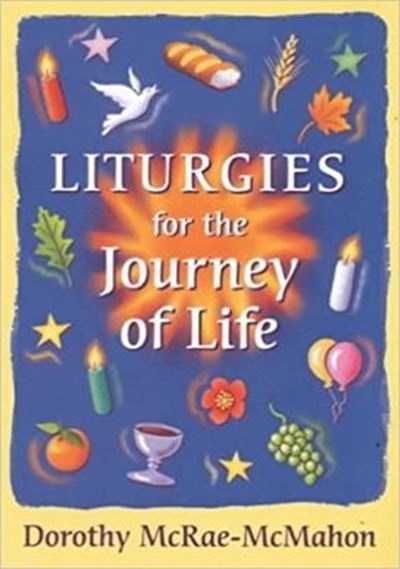 Liturgies for the Journey of Life

QTY
Add to Basket
Publisher: SPCK Publishing
ISBN: 9780281052776
Number of Pages: 144
Published: 19/05/2000
Width: 14.8 cm
Height: 21 cm
Description Author Information Reviews
When people come together before their God and each other as an experience of community, we often find that the love and courage and truth which is released goes beyond the sum total of our human hopes. In rituals of healing and forgiveness there is also something of an enacting of faith. We, who find it hard to believe in our forgiveness, or healing, or some other hope, commit ourselves in faith to affirming before others that we are forgiven or healed or given a new hope'. This book offers inspiration for anyone involved in leading or preparing worship. Liberating and vivid, often drawing on the power of symbol and ritual, these prayers and liturgies show faith, forgiveness and healing affirmed and enacted in worship together.

Dorothy McRae-McMahon is a minister in the Uniting Church in Australia. For 10 years she was a minister with the Pitt Street Uniting Church in central Sydney and then for 5 years she was the National Director for Mission for her church. She was a member of the World Council of Churches Worship Committee for its Canberra Assembly and Moderator of its Worship Committee for the Harare Assembly. She has won numerous awards including a Jubilee Medal from the Queen for work with women in New South Wales. Her previous publications include Liturgies for the Journey of Life (SPCK 2002), Prayers for Life's Particular Moments (SPCK 2002 and Desbooks 2000).