A History Of Defending The Truth 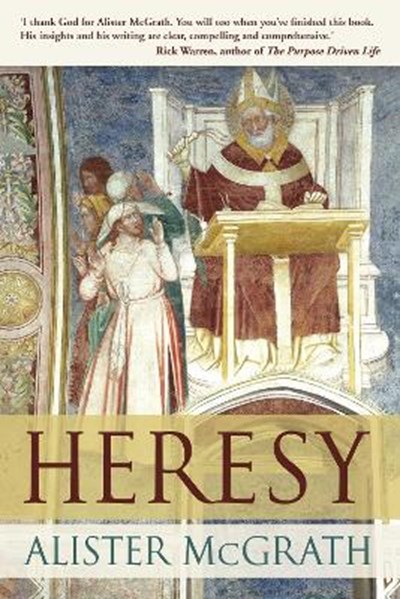 A History Of Defending The Truth

QTY
Add to Basket
Publisher: SPCK Publishing
ISBN: 9780281062157
Number of Pages: 288
Published: 01/11/2009
Width: 15.6 cm
Height: 23.4 cm
Description Author Information Reviews
Never has there been such interest in heresy and the 'religious forbidden' But what is heresy? Why has it been sprinkled with stardust in recent years? How did it originally develop? Are heresies liberating ideas that were ruthlessly suppressed? Or are they flawed visions of Christianity, abandoned because of their inadequacies? In Heresy, worldrenowned historian and theologian Alister McGrath expertly reveals the surprising history of his subject, presenting a powerful, compassionate and deeply attractive orthodoxy that will equip the Church to meet the challenge from renewed forms of heresy today. 'An extremely important book.' Rick Warren, author of The Purpose Driven Life Alister McGrath helps us understand what heresy is and why it exercises a powerful attraction upon the human mind. This book is full of illuminating historical discussions and insights. Dallas Willard, author of Knowing Christ Today Not only a riveting story of ancient controversies, but also a much needed and timely correction to the commonly held notion that heretics were mostly freethinkers who challenged a narrow and closed orthodoxy. Justo L. Gonzalez, author of The Story of Christianity

Alister McGrath is Andreas Idreos Professor of Science and Religion at the University of Oxford, and a prolific author. His bestselling volume The Dawkins Delusion? has sold over 150,000 copies worldwide in 17 languages, and his other books for SPCK include Why God Won't Go Away, Mere Theology and Enriching Our Vision of Reality and Landscape of Faith.

"A penetrating examination by an intellectual powerhouse."--Booklist