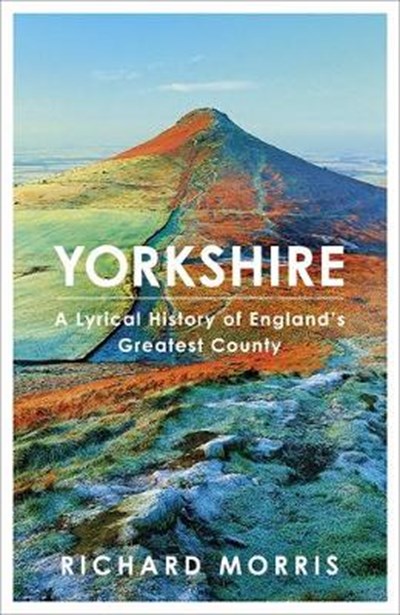 QTY
Add to Basket
Free UK P&P
Publisher: Orion Publishing Co
ISBN: 9780297609438
Published: 25/01/2018
Description Author Information Reviews
'A restless, poetic, strange book, and the territory it describes deserves nothing less' Observer 'Meticulously researched ... fascinating' Country Life Yorkshire, it has been said, is 'a continent unto itself', a region where mountain, plain, coast, downs, fen and heath lie close. By weaving history, family stories, travelogue and ecology, Richard Morris reveals how Yorkshire took shape as a landscape and in literature, legend and popular regard. We descend into the county's netherworld of caves and mines, and face episodes at once brave and dark, such as the part played by Whitby and Hull in emptying Arctic waters of whales, or the re-routing of rivers and destruction of Yorkshire's fens. We are introduced to discoverers and inventions, meet the people who came and went, encounter real and fabled heroes, and discover why, from the Iron Age to the Cold War, Yorkshire has been such a key place in times of tension and struggle. In a wide-ranging and lyrical narrative, Morris finds that for as far back as we can look Yorkshire has been a region of unique presence with links around the world.

Richard Morris is emeritus professor of archaeology at the University of Huddersfield. He began his career working on excavations under York Minster in 1971. Since then he has worked as a university teacher, as director of the Council for British Archaeology, as director of the Leeds Institute for Medieval Studies, and as a writer and composer. His book Churches in the Landscape (1989) is widely regarded as a pioneering classic. Time's Anvil: England, Archaeology and the Imagination was longlisted for the Samuel Johnson Prize and shortlisted for the Current Archaeology Book of the Year Award. He is completing a new biography of the aeronautical engineer Barnes Wallis, and working on a social history of interwar England from the air.