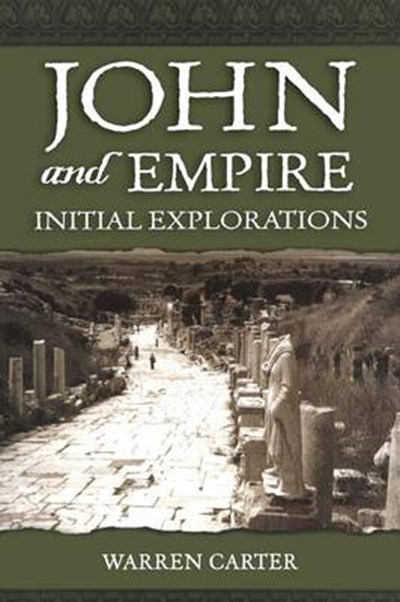 QTY
Add to Basket
Publisher: Bloomsbury Publishing PLC
ISBN: 9780567028402
Number of Pages: 440
Published: 19/07/2008
Description Author Information Reviews
In this significant and innovative contribution, Warren Carter explores "John's Gospel" as a work of imperial negotiation in the context of Ephesus, capital of the Roman province of Asia. Carter employs multiple methods, rejects sectarian scenarios, and builds on other Christian writings and recent studies of diaspora synagogues that combined participationist lifestyles with observance of distinctive practices to argue that imperial negotiation was a contested issue for late first-century Jesus-believers. While a number of Jesus-believers probably lived societally-accommodated lives, John's Gospel employs a "rhetoric of distance" to urge much less accommodation and to create an alternative "anti-society" for followers of Jesus crucified by the empire but vindicated by God.In addition to establishing this tense historical setting, chapters identify various arenas and strategies of imperial negotiation in wide-ranging discussions of the gospel's genre, plot, Christological titles, developing traditions, eternal life, the image of God as father, ecclesiology, Jesus' conflict with Pilate, and resurrection and ascension.Carter has explored interactions between the emerging Christian movement and the Roman Empire in various articles and book-length studies such as "Matthew and the Margins" (Orbis), "Matthew and Empire" (Trinity Press International/Continuum), "Pontius Pilate: Portraits of a Roman Governor" (Liturgical), and "The Roman Empire and the New Testament" (Abingdon).

'One of the most significant works on this topic yet published, not least because of its scale... the wealth of the evidence that Carter adduces, together with the theoretical sophistication and nuance of his overarching argument, render this an interesting and challenging book.'--Sanford Lakoff