The Role of 'theo-ethical Reasoning' in Paul's Religion 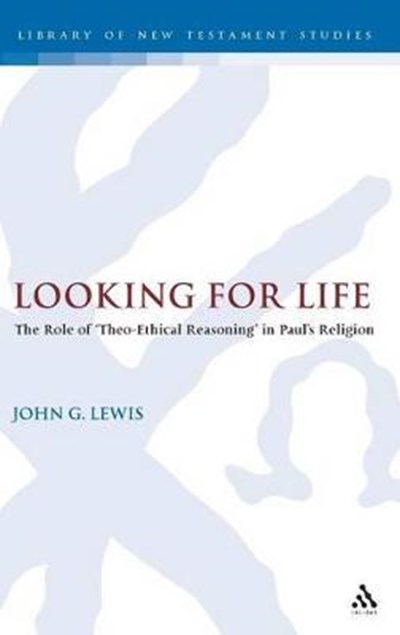 The Role of 'theo-ethical Reasoning' in Paul's Religion

QTY
Add to Basket
Publisher: Bloomsbury Publishing PLC
ISBN: 9780567042729
Number of Pages: 256
Published: 30/04/2005
Width: 15.6 cm
Height: 23.4 cm
Description Author Information Reviews
Through exegetical studies of 1 Corinthians and Galatians, John Lewis shows how Paul synthesises theology and ethics - which interpreters frequently separate - as integrated aspects of Christian thinking and living. This fusion becomes evident in Paul's complex process of theological, moral reasoning that lies beneath the surface of his letters for which we have coined the phrase 'theo-ethical reasoning'. The book also examines how Paul encourages his churches to apply this theo-ethical reasoning in the community practice of spiritual discernment - a dialogical, comparative process of reasoned reflection on behaviour and experience. Through this practice of looking for life, community members are led by the Spirit as they reason together, attempting to associate the manifestations of new life with conduct that faithfully portrays Christ's self-giving pattern. This correlation of conduct with experience grounds Paul's own proclamation of Jesus Christ in word and deed. It also becomes the foundation for believers' faith and hope as they come to know Christ and experience the power of God. Thus, the book concludes that the practice of spiritual discernment by means of theo-ethical reasoning lies at the centre of Paul's religion.

In varied teaching positions in the church, university, and seminary, the John G. Lewis integrates his experience as lawyer, New Testament scholar, and Episcopal priest to help people correlate faith and scripture with their experiences of ministry in daily life.

"While Lewis correctly identifies "cruciformity" as the new behavioral paradigm for life, he goes too far in arguing that practicing spiritual discernment by engaging in theo-ethical reasoning is "the means by which believers unceasingly battle against6 sin throughout their lives, obtain forgiveness of sins, and avoid the imputation of sin for eternal condemnation" (p. 8)...Whether Lewis intends theo-ethical reasoning and cruciform acts to be the means for obtaining or only maintaining salvation, this non-Pauline perspective surely amounts to a works-salvation. Lewis has set aside one work for another, abandoning works of the law in favor of works of cruciformity...Having examined only two of Paul's letters, even two very different letters, it is inappropriate to argue that a certain pattern of reasoning is the Pauline norm..." -David Hutchinson, Bulletin for Biblical Research 18.2, 2008--Sanford Lakoff