Truth and the Reality of God

An Essay in Natural Theology 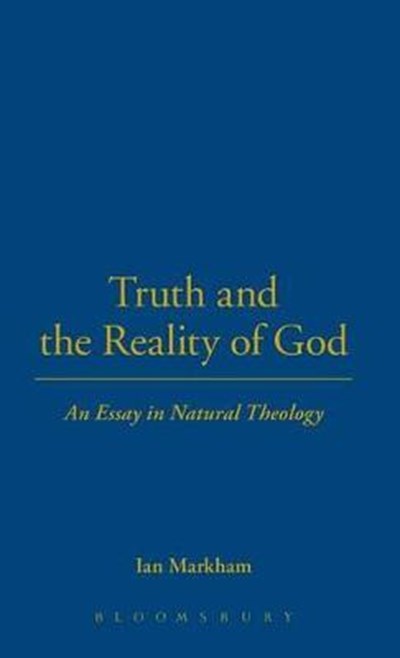 Truth and the Reality of God

An Essay in Natural Theology

QTY
Add to Basket
Publisher: Bloomsbury Publishing PLC
ISBN: 9780567086181
Number of Pages: 156
Published: 01/03/1998
Description Author Information Reviews
Belief in the possibility of truth demonstrates a belief in God. Professor Markham places this striking argument, which lies at the very heart of Augustinian theology, within the modern debate about truth and defends its underlying claim. Belief in God is, he claims, an all-embracing world view about the nature of reality of which the possibility of truth is a part. Drawing on the work of St Augustine and St Anselm, Richard Rorty, Don Cupitt, and in particular Alasdair MacIntyre, Markham demonstrates that the necessary assumptions underpinning the realist account of truth must entail the existence of God. Referring to Nietzsche, and again to St Augustine, Markham concludes with the stark choice: either God and truth, or no God and no truth.

'..the argument here is marked by infectious enthusiasm and a self-assurance which are to be warmly welcomed.'
Dr John Saxbee, Church Times
'In this concise and eminently readable essay, Ian Markham gives natural theology a new lease on life and a new claim on the attention of contemporary theologians and philosophers. It would take extraordinary effort not to be impressed by Markham's argument.'
First Things
'This book is clearly written and offers an argument worthy of being argued against. It is indeed, as Markham says in his introduction, a stimulating contribution to our understanding of the nature of God and our assumptions underpinning truth.'
David R. Law, Modern Believing
'Markham's argument has some interesting twists that make it stand out from the ways in which British thinkers have set out similar arguments in the past few decades.'
Lewis Ayres, Trinity College Dublin, Theology
'An illuminating analysis'
Melanie Philips, Feed The Minds
'For Markham, those who continue to explain the world without believing in God operate with an unjustifiable rationality that is always vulnerable to relativism and nihilism. Either God and rationality go or God and rationality stay, either Nietzsche or Aquinas. In what amounts to a sketch of a program, Markham boldly confronts some of the most hotly contested issues in the current intellectual debate. His confidence in the resources of the Christian tradition is refreshing and summons its members to raise their voices courageously to contribute insights ever-old and ever-new to the growth pangs of a postmodern age.'
David J. Casey, Theological Studies