Balthasar at End of Modernity 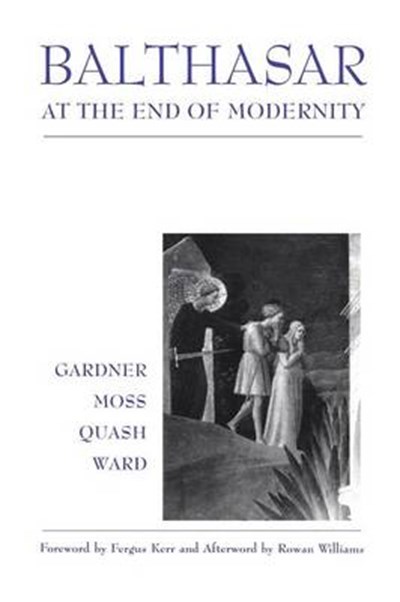 Balthasar at End of Modernity

Lucy Gardner is Tutor in Doctrine, St Stephen's House, Oxford. David Moss is Director of Studies, St Stephen's House, Oxford. Ben Quash is Dean of Peterhouse, Cambridge. Ben Quash is Professor of Christian Theology and the Arts at King's College London, UK. Graham Ward is Regius Professor of Divinity in the University of Oxford and a Canon of Christ Church, Oxford, UK.

'If you've written off Hans von Balthasar as hopelessly retrograde, this book will be enormously profitable for you to read. And if you've become more and more fascinated by Balthasar, this book will be enthralling. And if Balthasar is neither her nor there for you - well, it is still an exciting read. It is not yet another patient exposition of the master's thought but something much more likely to draw the reader into a lively and constructive conversation; namely, an illuminating collection of essays exploring our contemporary awareness of difference, of the agonising deferral of meaning, and of the painful and tragic divides of history.' Mark McIntosh, Loyola University Chicago, Reviews in Religion and Theology'Framed by Fergus Kerr's urbane positioning of Balthasar's theology in relation to neo-scholasticism and the nouvelle theologie, and Rowan William's masterful meditation on the difficulty of thinking difference, and situated neither for nor against, but within Balthasar's heady theology, the three extended essays in this book offer richly complex and fascinatingly convergent reflections on the drama of the gendered body as divine analogy. They are the fruit of a new theology for a new millennium, after modernity, espying in the temporalities of the flesh the gift and promise of the trinitarian life, that re-enchants the world and lights up the sky.' Dr Gerard Loughlin, University of Newcastle-upon-Tyne'The best of the main essays is that of Ben Quash. With great clarity, he presents and critiques Balthasar's 'dramatic' mode of Christian theology. There is even a suggestion that modernity is not all bad - that it can open a space for doubt and questioning, which Balthasar closes off too quickly. [. . .] Much careful work is on display, and there are flashes of great insight into the nature of analogy, and the self-giving of God.' Steven Shakespeare, Theology'There are some virtuoso passages here: Ward's explorations of Julia Kristeva